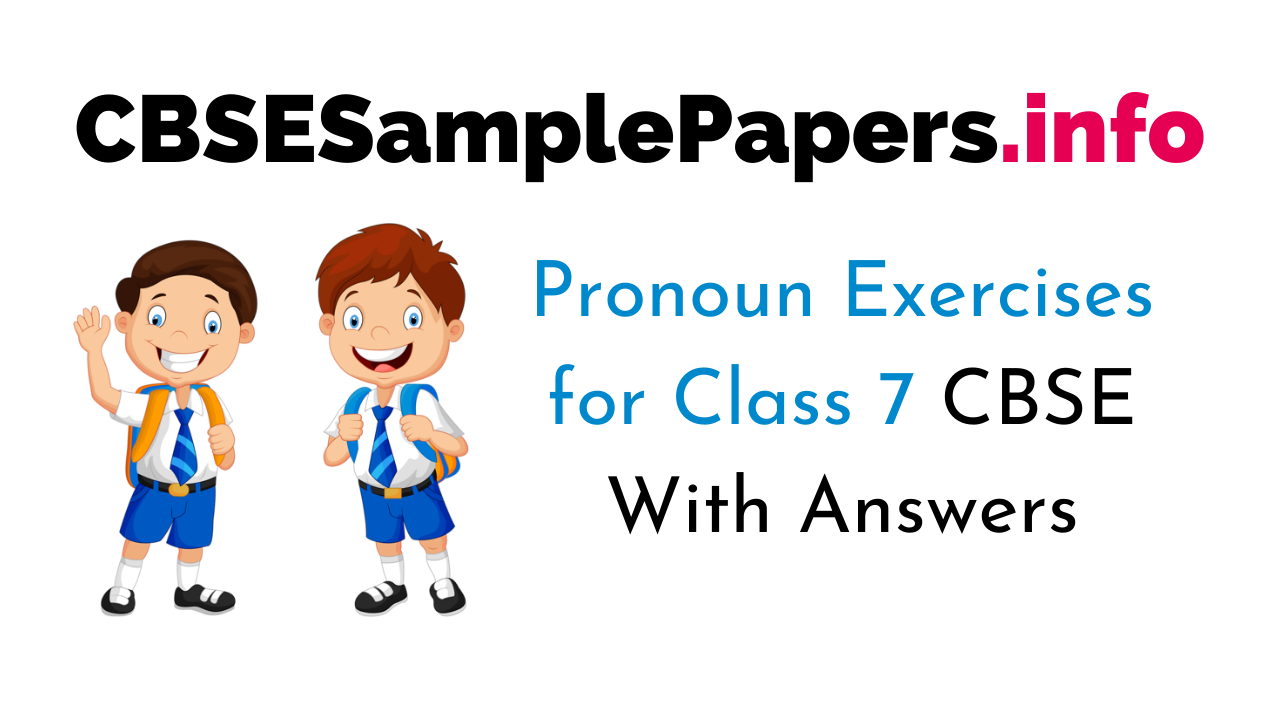 Pronouns are words we use to replace nouns in order to avoid their repetition. The noun that a pronoun replaces is called an antecedent. There are different kinds of pronouns.

Fundamentals:
A pronoun is a word used in place of a noun, which can be a person, place, animal or a thing. Personal, Reflexive, Demonstrative, Interrogative, Possessive are the different types of pronouns.

A reflexive pronoun is used when the object of a sentence is the same as the subject. They either end in -self, as in the singular form, or -selves as in the plural form.

It is usually placed immediately after the noun or pronoun which they emphasize. Sometimes, they follow at a distance.
Examples::

Here is a table to help you remember which possessive pronouns to use with singular and plural pronouns.

Indefinite Pronouns:
An indefinite pronoun does not refer directly to any other word. Most indefinite pronouns express the idea of quantity. All, each, most, other, another, either, neither, several, any, everybody, nobody, some, anybody, everyone, none, somebody, anyone, few, no, one, someone, both, many, one, are some indefinite pronouns.

Relative Pronouns:
These are used to refer back to a noun or a pronoun in a sentence. Who, whom, whose, which, that are relative pronouns.
Examples::

A. Replace the underlined word/words in each sentence with correct pronoun.

B. Choose correct pronouns from the brackets to fill in the blanks given below.

C. Rewrite the following sentences with appropriate pronouns. The first one has been done for you.

E. Use the relative pronoun ‘who’ to join these sentences. The first one has been done for you.

F. Use suitable relative pronouns from the following – who, which, whom or whose – to join each pair of sentences.
Examples::

G. Rewrite each of these sentences using a possessive pronoun in place of a possessive adjective (e.g. my, your, his, her, its and their). The first one has been done for you.