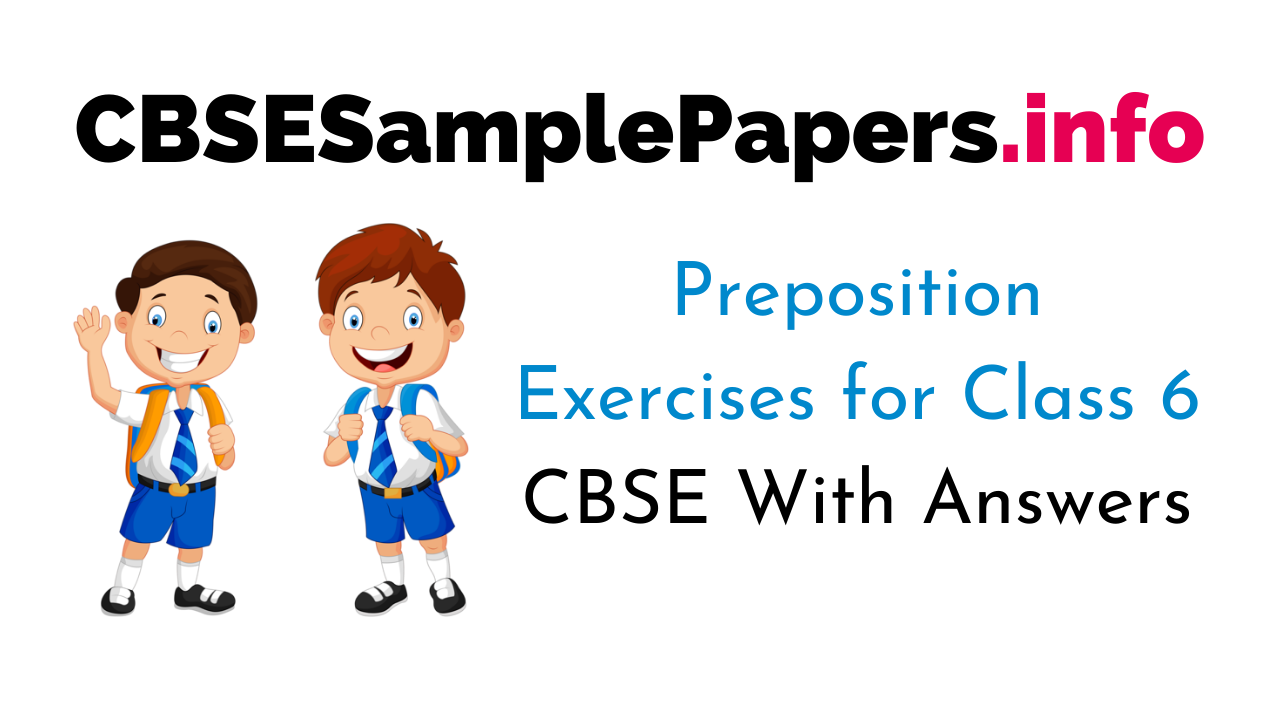 Definition: A preposition is a word placed before a noun or a pronoun to show in what relation the person or thing denoted by it stands in regard to something else.

Compound Prepositions:-When we join two nouns, pronouns or phrases then we use compound prepositions.
Example:

Double Prepositions: A double preposition is two (prepositional) words used in a sentence to connect nouns, pronouns and phrases with other words in a sentence.
Example:

Phrase Prepositions:
A prepositional phrase is a group of words containing a preposition, a noun or pronoun (object of the preposition), and any modifiers of the object.
Example: 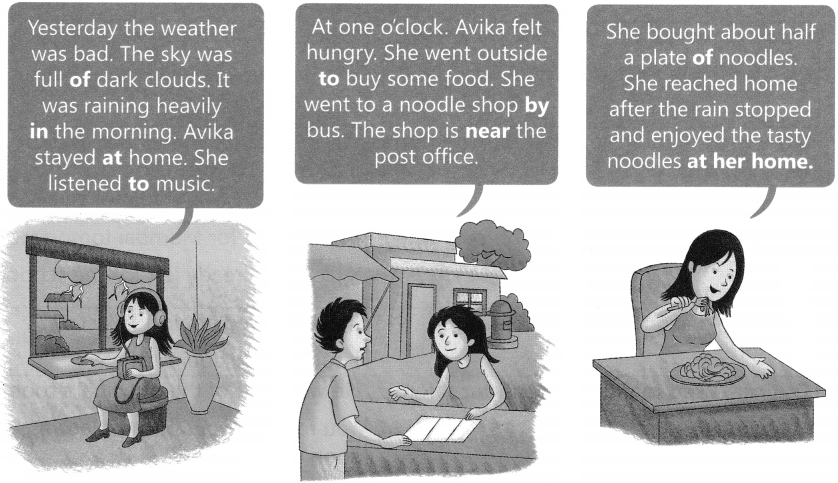 1. Describe the weather in your own words.
2. What did Avika buy?
3. When did Avika reach home?

A. Fill in the blanks with the prepositions given below. Use each preposition only once.

The rain had just stopped. I went (1). ___________ into the garden. Then I heard a soft mewing. I saw a little white kitten. It was so thin that its bones were showing. It was wet and shivering.

There was no more fish, so I took some rice and gave it to the kitten. But it would not eat the rice.

“Yes, you’d better do that,” said my brother.

C. Complete the sentences with the correct prepositions of direction/movement,

1. The scouts walk the river to find a way out of the forest.
2. The passengers ran from the bus before it started to burn.
3. The train is traveling the tunnel slowly.
4. A brave firefighter rushed the burning house to save an elderly woman.
5. Some tourists walked the souvenir shop just now. They did not stop to shop.
6. A jaywalker is a person who walks a street without paying attention to traffic.
7. The prices of petrol will go again in the coming month.
8. Sameer put the hoe and took a rest as he was tired.

D. Underline the correct Preposition given in the brackets.

E. Fill in each of the blanks with the correct preposition.

1. This is a secret you and me. We mustn’t share it anyone.
2. Littering on the road is the law. You could be fined such an offence.
3. When he got : the taxi, his family rushed the house to welcome him.
4. We sat the floor as there were no chairs the room.
5. Mother is lying her room. She is having a rest before she continues her work.
6. I have typed the letter you. Please sign this line.
7. Did you notice the dressing his legs? He fell his bicycle yesterday.
8. She has been ill Wednesday, but she has only now been admitted the hospital.
9. He walked the meeting a word.
10. The prisoner stood the dock and testified the court that he was home the time the crime.