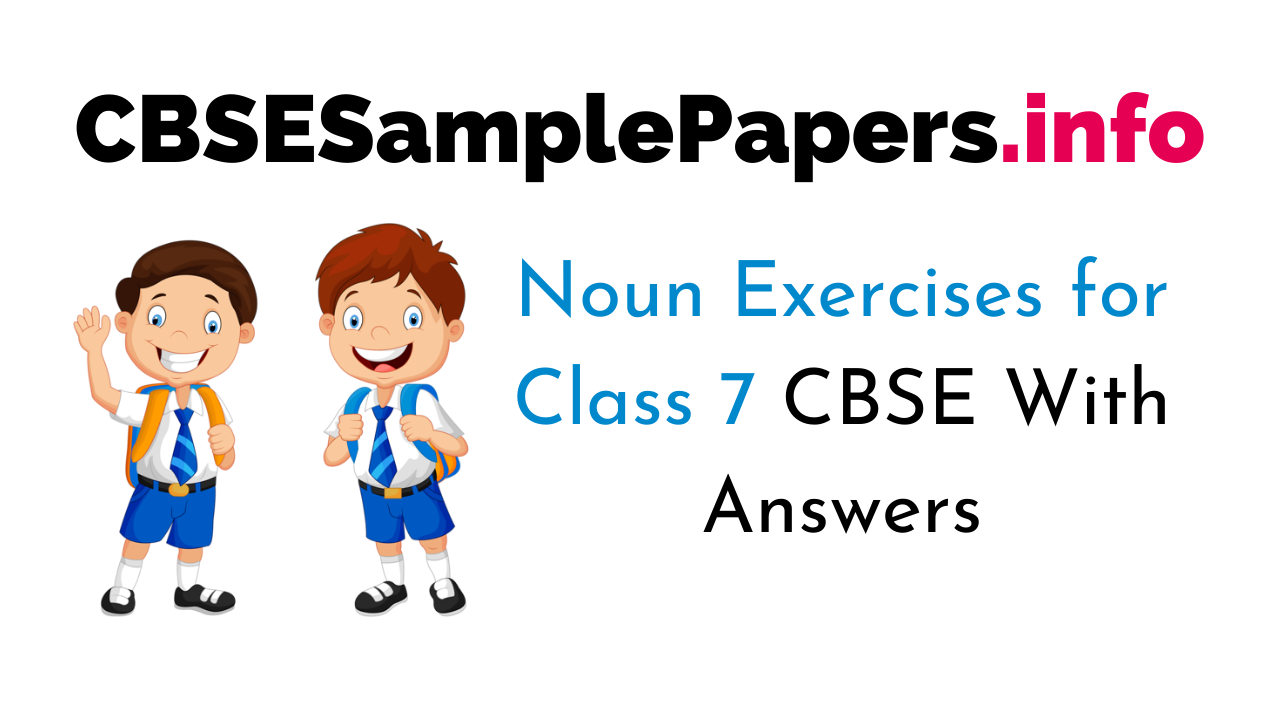 Definition: A noun is a part of speech that is used to name a person, place, thing, quality, or action. Examples: Mango, girl, boy, cat, etc.

Any name given to a person, thing, animal or place is called a noun.

Nouns are words used to refer to objects, places and living things. Some nouns also refer to feelings and emotions. Nouns can be divided into several categories:

Fundamentals:
A noun is a naming word. It is the name of a person, place, thing or a state of being.

There are different kinds of nouns:

Common Noun:
A common noun is a general, ordinary name of a person, place, animal, thing or event. A list of Common Noun

Proper Noun:
A name used for an individual person, place, or organization, spelled with an initial capital letter.

There are two numbers for nouns in English language.

Formation of Plurals:
There are certain rules to change singular nouns to plural. Let us learn about them.

A. Underline the Common Nouns in the following sentences.

1. They arrived early but at the wrong station.
2. We counted only six different colours in the rainbow.
3. The man was trying to steal a horse with a cart full of apples.
4. They have gone to the zoo to see the black bear.

B. Underline the nouns in the following sentences.

C. Form Abstract Nouns from the following words. The first one has been done for you.
1. man
manhood

D. Fill in the blanks with Abstract noun.

E. Fill in each blank with the correct collective noun.

G.Choose the correct noun the given option and fill in the blank.

H. Change the nouns in bold from the masculine to feminine. The first one has been done for you.