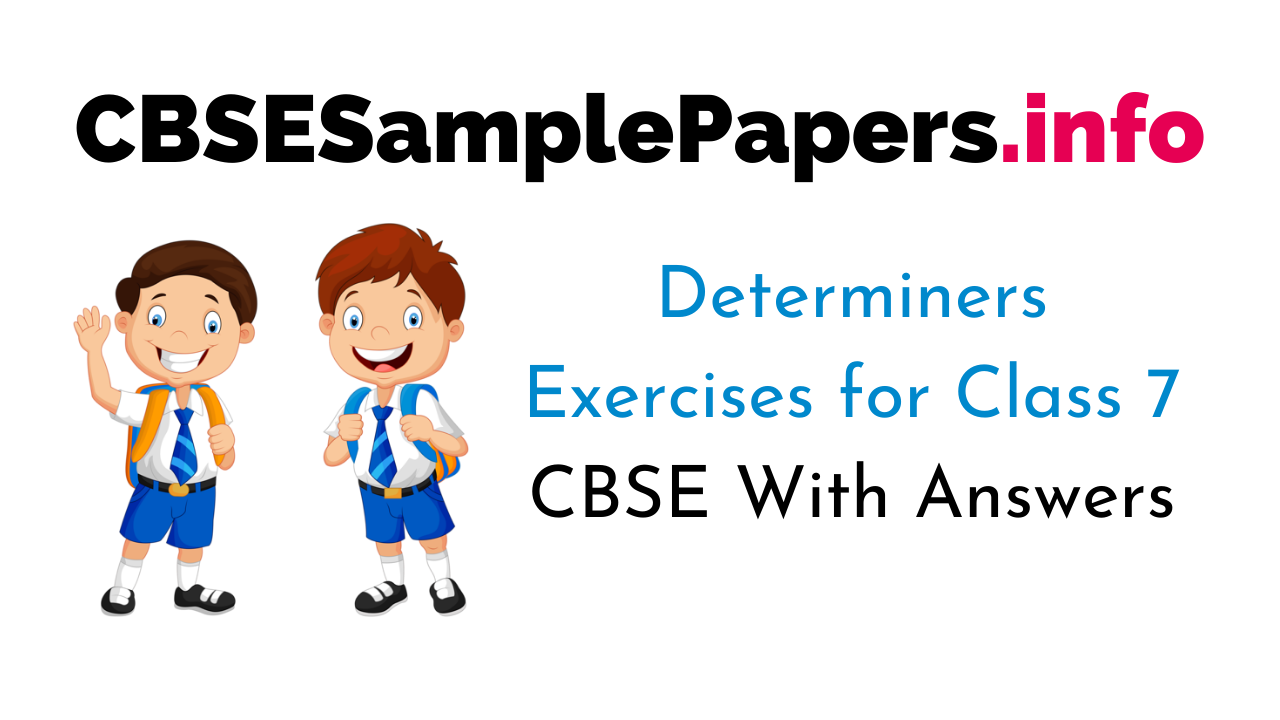 Determiners are words that come before nouns. They contain several classes of words, including pronouns and adjectives. They determine or limit the noun by giving some additional information about it. Determiners show whether a noun refers to is a general or a specific object, person, or place. They indicate which or how many things the noun refers to. Determiners define or limit a noun to the singular or plural. They indicate the amount or quantity. Determiners and nouns together make noun phrases. They make noun phrases with adjectives too. Determiners may precede numerals too.

Use of ‘Each/Every’
Each/Every denotes number of persons or things considered individually.
Examples:

Use of ‘Both’
Both is used in the sense of ‘one and the other’.
‘Both’ can be used alone or it can be followed by a noun.
Examples:

It takes plural verbs.
Both and indicates the combination of two adjectives, nouns, verbs etc.
Examples:

Use of ‘Neither, Either’
‘Neither’ means ‘not one and not the other’
It takes a singular verb.
It is followed by ‘nor’ to combine two negatives.
Examples:

‘Either’ means ‘any one of two’.
It takes a singular verb.
‘Either’ is followed by ‘or’.
Examples:

Use of ‘One’
When we are talking or writing about a group of people or things and want to say something about a particular member of the group, we use ‘one’.

As a pronoun ‘one’ should be followed by appropriate cases of ‘one’.
Examples:

Use of ‘Another’
It is used with singular countable nouns to talk about an additional person or thing of the same type as have already been mentioned.
Examples:

Use of ‘Other’
Other is used with plural nouns.
It is also used with uncountable nouns.
Examples:

Use of ‘Enough’
Enough used with plural nouns and uncountable nouns.
It is meant to say that there is much of the something as is needed or as many things as are needed.
Examples:

Use of ‘Most’
Most is used for all the groups or amount.
Examples:

Use of ‘Several’
Several indicates an imprecise number that is not very large but it is more than two.
Examples: 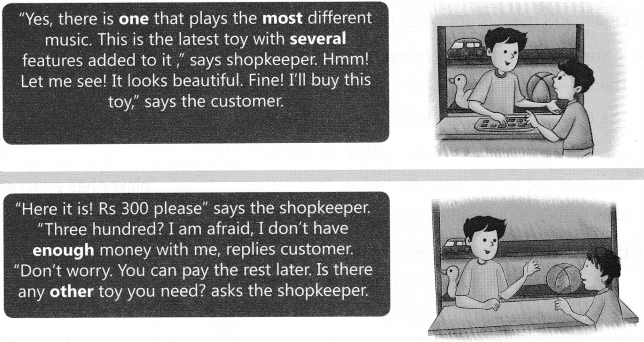 A. Read the following idiomatic expressions and underline the determiners.

B. Fill in the blanks with each or every.

D. Fill in the blanks with the correct use of ‘each/every’.

E. Fill in the blanks with ‘either’ or ‘neither’.

F. Fill in the blanks with correct determiners.