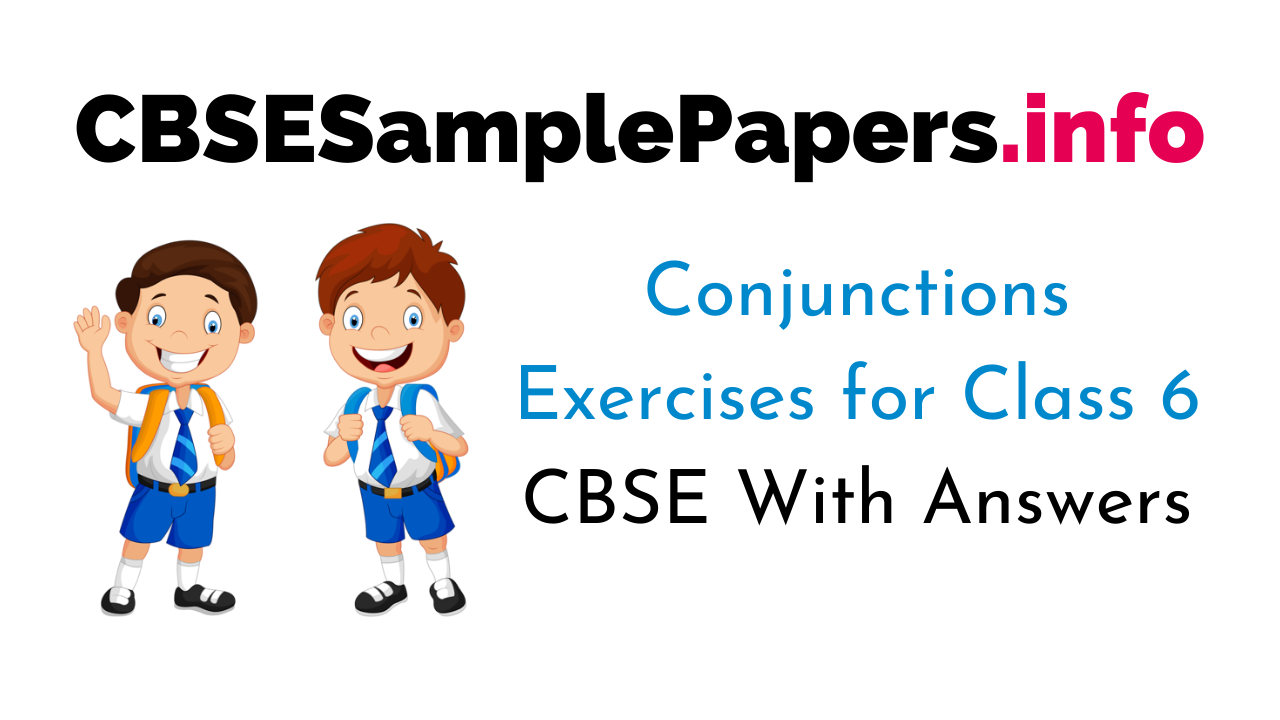 A conjunction is a part of speech that is used to connect words, phrases, clauses, or sentences. Conjunctions are considered to be invariable grammar particles, and they may or may not stand between items they conjoin. Conjunctions are words which join together words, sentences, and part of sentences.

Words that help us join two or more sentences or two more sets of words are called conjunctions. Let us look at a few examples of conjunctions.

OR
Or is used to introduce options or to show consequences. It is also used in negative sentences to mention two or more things.
Examples:

AND
We use and to add something more to what we have said or to combine two similar sentences.
Examples:

BUT
We use but to bring two contrasting ideas together, when the second part is different from the first..
Examples:

Though/Although/Even Though
Like but, these conjunctions are used to indicate contrast. They can come at the beginning or between the two parts of the sentence.
Examples: 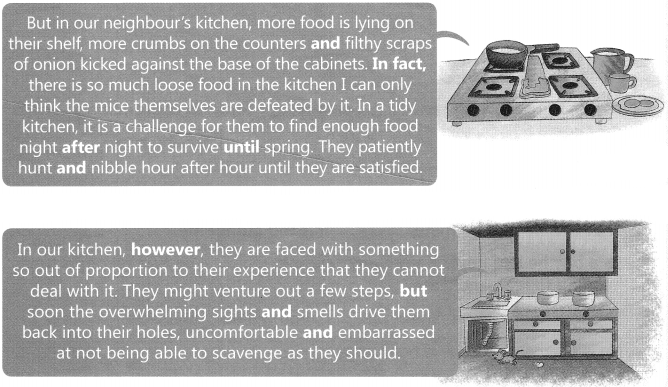 1. Describe neighbor’s kitchen?
2. What is the most challenging situation for mice?
3. What do mice experience in the narrator’s kitchen?

B. Fill in the blanks with the correct conjunction from the brackets.

A. Complete the following sentences using an appropriate coordinating conjunction.

B. Complete the following sentences using an appropriate subordinating conjunction.

C. Fill in the blanks with suitable correlative conjunction.

D. Join each pair of the following sentences by means of a suitable conjunction.

E. Fill in the blanks with the conjunctions given below. Use each conjunction only

F. Complete the following sentences using suitable conjunction. The first one has been done for you. .

1. He was old and weak yet there was no one to look after him.

G. Choose the correct conjunction for the following sentences.

1. He is old (and, but) he is still active.
2. Amitabh waited for Abhishek for more than an hour. (Since, However), Abhishek did not turn up.
3. Mr. Khapna could not recognise me, (if, as) he has not seen me for three years.
4. Please do not call me at home (so, unless) it is an emergency.
5. The coach (besides, as well as) his players are confident of winning the game tonight.