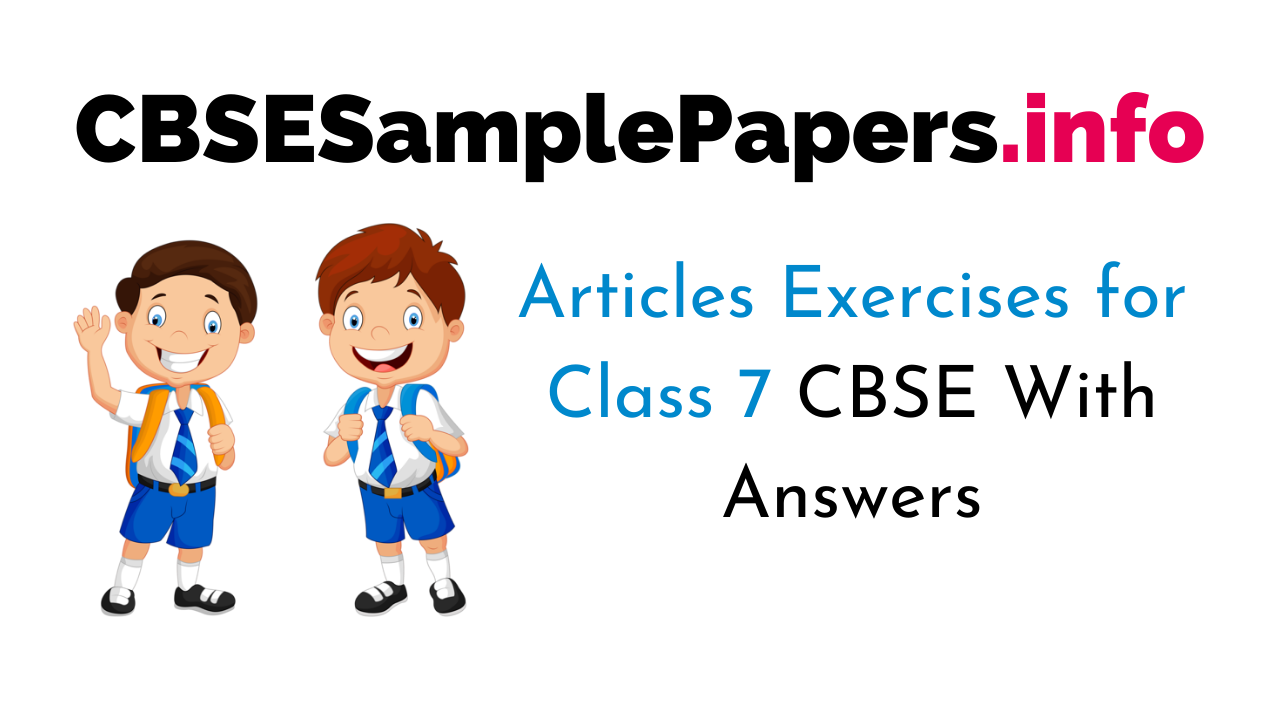 Articles are used to indicate the number of singular nouns (a, an) and to specify which noun is being talked about (the). A and an are indefinite articles. They are used to refer to a singular countable noun in general or for the first time.

Exercise on Articles for Class 7 CBSE With Answers

The omission of The:
‘The’ is not used

We use an:
before a word which begins with a vowel sound
Examples:

before a singular noun (person or thing) to mean only one in quantity
Examples:

before a word that is representative of a group, species, etc
Examples:

before a noun that begins with a silent h an hour, an honest man, an heir, an honour, an honourable man, etc.

before abbreviations, some of which begin with a consonant an MR an SP, an X-ray

A. Fill in the blanks with suitable articles and put a cross (x) where it is not required.

B. Decide and then write, whether to use the definite article ‘the’ or not Put a cross if the article is not required.

C. Fill in the blanks with appropriate articles. If there is no need, put a cross mark

D. Fill in the blanks with suitable articles A, An and The wherever necessary.