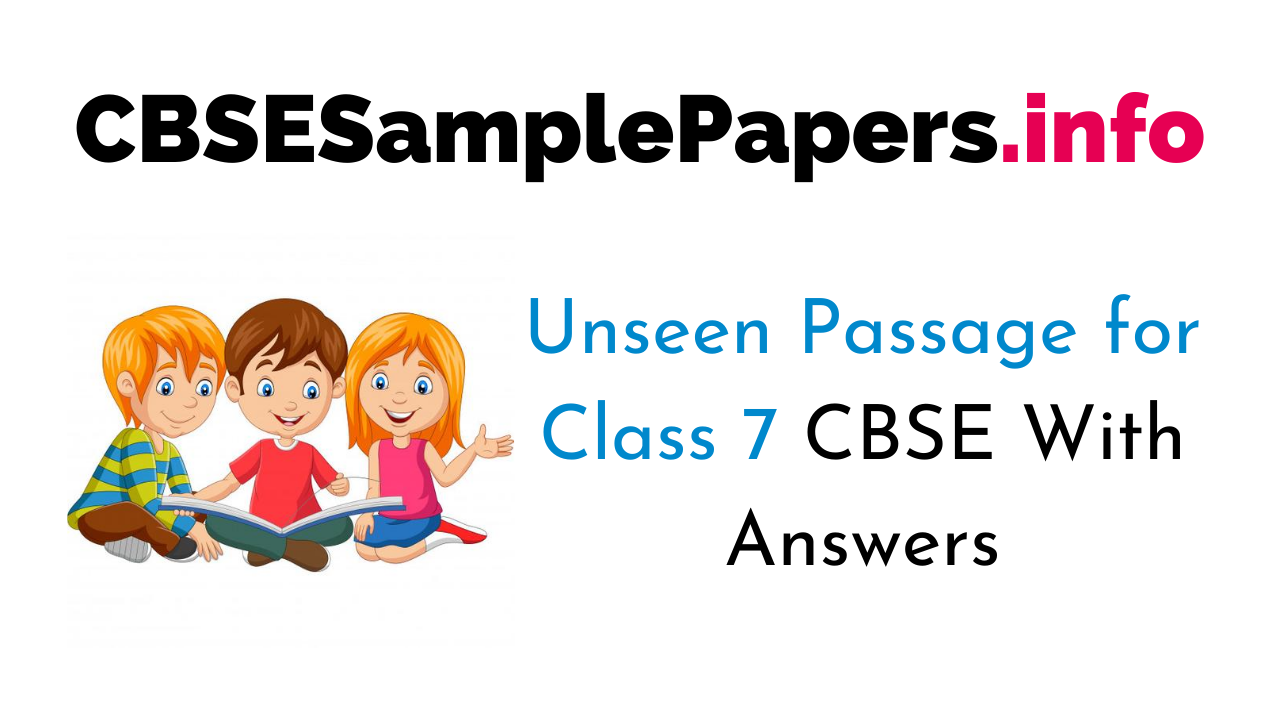 What is Reading Comprehension?
Reading comprehension is the ability to understand what you are reading. The Answer:s that you provide to the questions asked to show how well you have understood the given passage.

Read the following passage and Answer: the question that follows.

Ever since she burst into the scene by making it to the 1980 Moscow Olympics as a 16 – year old, P. T. Usha’s tall deeds have exemplified Indian sporting excellence. The spirit queen was so consistent for over a decade that she was truly the flag bearer who helped countrymen live the dream of a rare sporting excellence in the international arena.

She made the nation swell with pride, every time she stepped on to the track. She gave unalloyed joy to her fAnswer: when she became the first Indian woman to make it to Olympic final.

Usha’s greatest moment was also the most shattering in her life as she was pushed to the fourth place in the 400 meters hurdles final at the 1984 Los Angeles Olympics. The Romanian Christina Cojocaru won the bronze medal. Usha lost by an agonising l/100th of a second. But every Indian household acknowledge the sense of achievement, though it fell short of India’s first Olympic medal from the track. Several girls born during the 1980s were named after the golden girl. It served as an eloquent testimony to the love and affection many people had for Usha.

Usha’s reign as the Asian sprint queen was highlighted by her snapping up five gold medals and a bronze at the 1985 Jakarta Asian track and field meet followed by a sensational four gold medals and one silver haul at the Seoul Asian Games the following year.

Mirrors have been used since ages. It is said that Archimedes used huge mirrors to focus the heat of the sun’s rays on the enemy ships to burn them.

The same principle is used in solar cookers where mirrors are used to reflect and focus the sun’s rays on to cooking containers. Astronomers use huge concave mirrors to focus starlight.

A full moon shining overhead is a beautiful sight, but it is also a puzzle because if the sun and the moon both give the same sunlight, then why is the moonlight more pleasant?

The reason is that the moon reflects very little sunlight, in fact, only seven percent of the light is receives.

The earth reflects about half of the radiation that it receives from the sun. Imagine how bright the earth will look from the moon?

One can even read a book on the moon in the earth light. However, you do not have to travel all the way to the moon to realise how strong the earthlight is.

Observe the crescent moon soon after the new moon. The bright crescent is illuminated by the sun.

The rest of the moon is illuminated by earthlight in other words, the light reflected by the earth is falling on the moon which is being reflected back to us and is strong enough to show the moon faintly as the crescent increases in size.

Fresh snow is the best reflector of sunlight in nature, the bright light reflected by it can dazzle and harm the eyes of mountaineers, therefore, they use dark glasses.

Choose the correct option.
a. Archimedes used mirrors to focus the heat of the sun’s rays:
(i) to bake some pots
(ii) to create a warm environment
(iii) to burn enemy ships
(iv) to boil water

b. Mirrors used in telescopes are polished by giving the glass a thin coat of:
(i) gold
(ii) silver and gold
(iii) silver or aluminium
(iv) tin and white paint

e. How much of the radiation received from the sun does the earth reflect?
(i) about half
(ii) about one – fourth
(iii) all of it
(iv) about three – fourth

Read the following passage and Answer the questions that follow.

1. Without oil the modern world could not exist. Oil is needed for travel, because it powers our motor cars, buses, trains, aeroplanes and ships. Oil helps machines of all kinds, to run easily. Oil also gives us other substances, such as artificial rubber, artificial materials for clothing, and new materials for making things. Yet till a hundred years ago no one used oil for any of these purposes. In fact, no one knew that much oil existed.

2. Men do not make oil; they find it. They look for oil in many ways. They begin by making a map of the land where they are searching. Then they use the map to help them in choosing a site to explore with more care. They start their work by examining the rock from under the surface and come to know whether oil is likely to be underneath the rock.

3. To find out how deeply the oil is buried they need to know how far under the surface the rock is. If everything seems hopeful the men decide to drill down through the rock. In this way they find out whether oil really does lie underneath it. Often this test – well, as it is called, is far away from any town and there is much work to do before any drilling starts. Houses and roads must be built for the people coming to drill the test – well. Then the big derrick that carries the drill must be put up. This derrick is a strong framework of steel about 45 meters high. The drill is raised and lowered from inside the derrick.

4. Drilling for oil often means making a well that goes very deep into the earth. Such deep wells have never been made until modern times. The rate of drilling depends upon the kind of rock being drilled: it can be as fast as 60 meters an hour. Drilling is usually done on dry land, but we can also drill the rock under lakes or seas by putting the derrick on a special platform above the water.

Read the above passage carefully and answer the questions that follow.

Nepal, a small, mountainous country tucked between India and China, may seem completely foreign to many Americans. Cows walk down busy streets unharmed, 24 different languages are spoken, and people eat two meals of rice and lentils every day. Nepali holidays, many of which are related to the Hindu religion, can seem especially bizarre to AmericAnswer: unfamiliar with the culture. However, if we look beyond how others celebrate to consider the things they are celebrating, we find surprising similarities to our own culture.

The biggest holiday in Nepal is Dashain, a ten – day festival for the Hindu goddess Durga that takes place in September or October. According to Hindu beliefs, Durga defeated the evil demons of the world. To thank the goddess, people visit temples in her honour and sacrifice goats or sheep as offerings. Throughout the year, most Nepalis do not eat much meat because it is expensive, but Dashain is a time to enjoy meat every day. Children fly colourful, homemade kites during Dashain. People also construct enormous bamboo swings on street corners and in parks. Every evening people gather at these swings and take turns swinging. Nepalis say that by swinging, people can relieve the earth of their weight, if only for a few minutes out of the year. Dashain is a time for people to eat good food, relax, and enjoy themselves!

Aside from eating and enjoying themselves, during Dashain people also receive blessings from their elders. Schools and offices shut down so people can travel to be with their families. Reuniting with family reminds people of the importance of kindness, respect, and forgiveness. People also clean and decorate their homes for Dashain. And, like many holidays in the United States, it is a time for shopping. Children and adults alike get new clothes for the occasion.

People express appreciation for all that they have, while looking forward to good fortune and peace in the year to come. During American holidays, people may not sacrifice goats or soar on bamboo swings, but we do often travel to be with family members and take time off work or school to relax. No matter how we celebrate, many people around the world spend their holidays honouring family, reflecting on their blessings, and hoping for good fortune in the future.

Based on your reading and understanding of the passage given above, choose the right answer from the options.

1. According to the passage, Hindus believe that the goddess Durga
a. sacrifices goats and sheep
b. defeated the evil demons of the world
c. visits temples
d. enjoys meat every day

2. Which of the following sentences from the passage best indicate why the author thinks Nepal would seem very foreign to many Americans?
a. “Cows walk down busy streets unharmed, 24 different languages are spoken, and people eat two meals of rice and lentils every day.”
b. “Every evening people gather at these swings and take turns swinging.”
c. “People also clean and decorate their homes for Dashain.”
d. “During American holidays, people may not sacrifice goats or soar on bamboo swings, but we do often travel to be with family members and take time off work or school to relax.”

3. As used in paragraph 1, bizarre most nearly means.
a. unbelievable
b. unknown
c. awkward
d. strange

5. The author suggests that although people in different cultures celebrate holidays differently, one similarity is that many people
a. ask for blessings from their elders during holidays
b. agree that holidays reveal a lot about a culture
c. believe that holidays must be celebrated
d. think of holidays as a time to spend with their families

The Why Of Books
Books are not a lie but true,
they give you the knowledge
of honesty and cruelty.
They tell you about history,
in which there is always a mystery.
They can make your career,
which will not lead to any failure.
They give you a way and never say to away!
They are the oceans of wisdom,
which will make you one day
the master of kingdom.
Knowledge is big, like the sky,
which always goes high and high.
So books always lead to a right way,
and will never take you on a wrong way.
‘Coz they are your true friends.

Choose the most appropriate option.

(b) What do books tell us about?
(i) History
(ii) Geography
(iii) Mathematics (iv). English