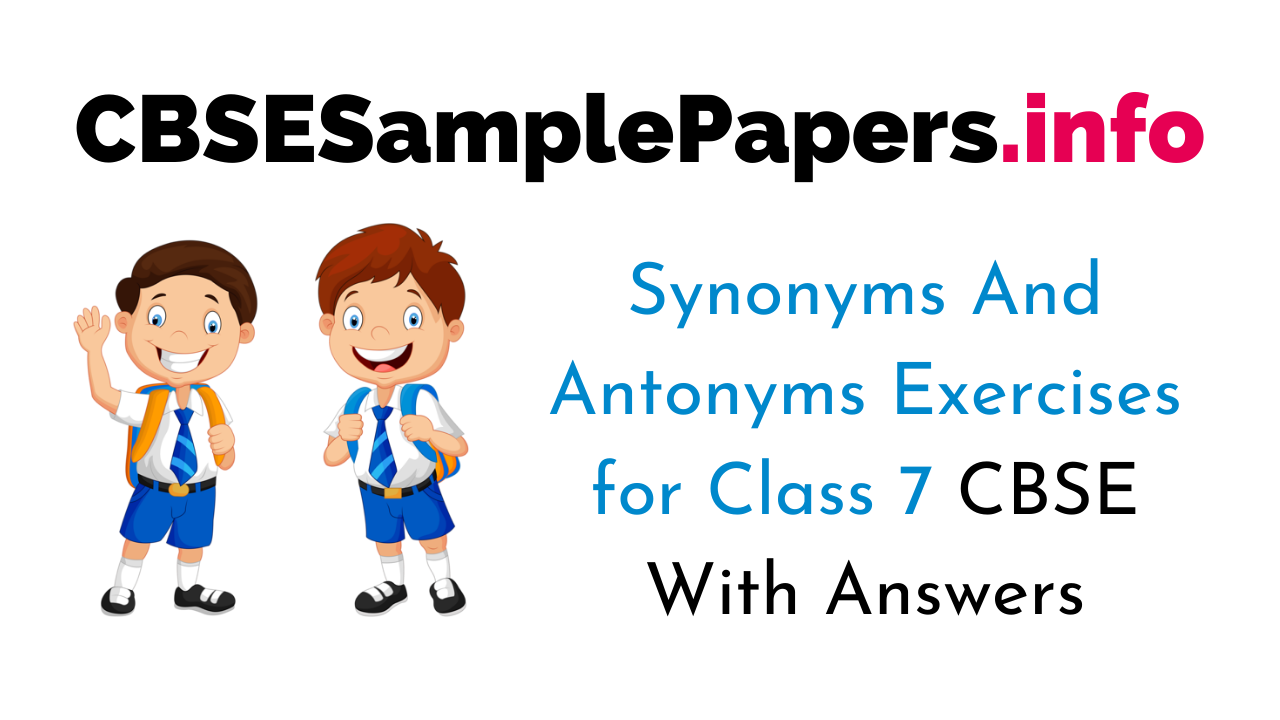 Synonyms And Antonyms Meaning: Antonyms- An antonym is a word that is the opposite meaning of another word. Synonyms- Synonyms are words that are similar or have a related meaning to another word.

Synonyms And Antonyms Exercises for Grade 7 CBSE With Answers PDF

A synonym: is a word that has similar meaning or almost same meaning as of the another word.

B. Choose the correct synonyms of underlined words.

1. Arun was furious and his face was red.
a. happy
b. worried
c. enraged

2. His talks are so obscure that nobody understands them.
a. significant
b. conceal
c. explicit

4. The discovery of the Dead Sea scroll has greatly enhanced our knowledge of Hebrew.
a. improved
b. validate
c. worsened

An antonym: is a word which is opposite in meaning to another word. For instance, the antonym of ‘good’ is ‘bad.’ There are some more antonyms of the word ‘good’ such as, ‘corrupt,’ ‘evil,’ ‘malicious,’ ‘wicked,’ ‘terrible.’ The learner can use different words to write effectively.

A. Fill in the blanks with suitable antonyms of the words given in brackets.

B. Match the following words with their antonyms.