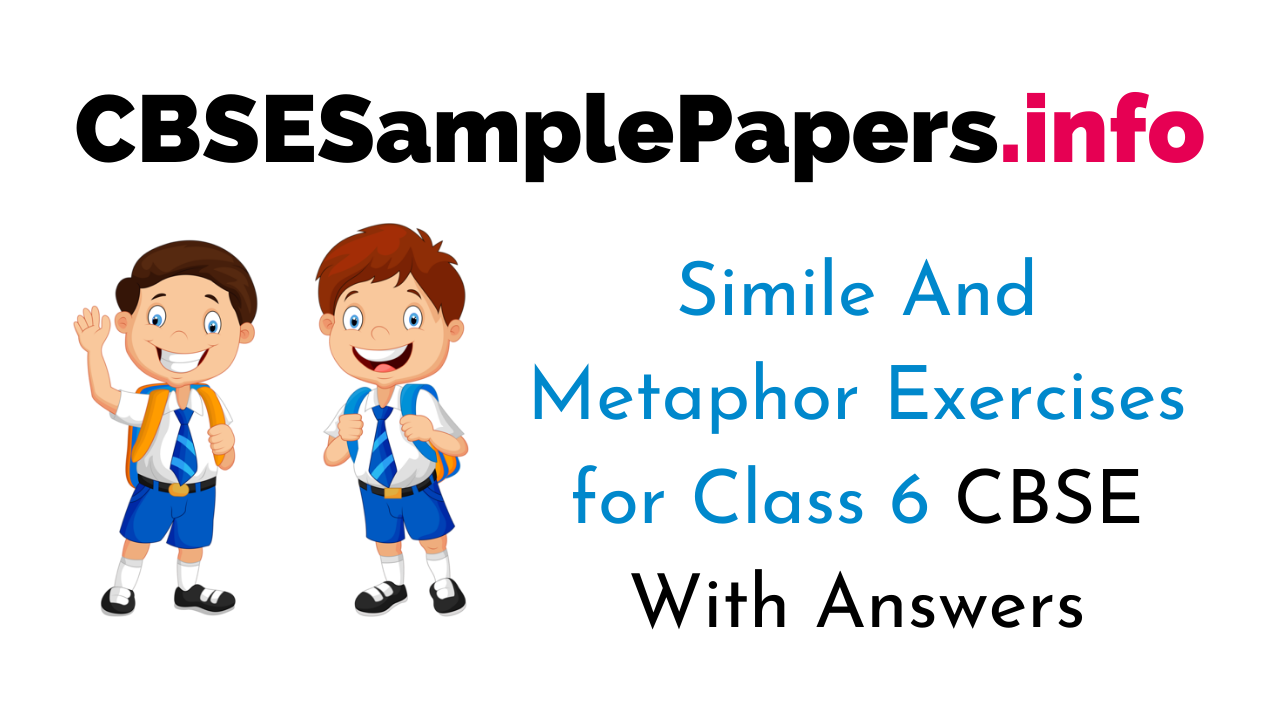 Simile: In simile, a comparison is made between two distinctly different objects which have at least one point in common. The simile is usually introduced by such words as like, so or as.

This is a list of some common similes. Add a subject at the beginning of each simile to complete the sentence.

There are some examples below.


Metaphor: Metaphor is an implied simile. Here a word or an expression that is in literal usage denotes one thing is applied to a distinctly different kind of thing for the purpose of suggesting a likeness between the two. Unlike the simile, the metaphor does not state that one thing is like another or acts as another, but it takes that for granted and proceeds as if the two things were one.

Similes and metaphors both compare two different things that do not usually go together. The difference between them is that a simile uses the words “like” or “as” and a metaphor does not.

How to form a metaphor
The simplest way to make a metaphor is to use this pattern:
First noun + to be verb + a/an + second noun
Examples:

Simile And Metaphor Exercises Examples With Answers for Class 6 CBSE

A. For each metaphor given below, write what is being compared.

Example:
The noise is music to his ears.
Answer:
Noise is compared to beautiful music.

B. Label each sentence a simile or metaphor.

Example:
The noise at the concert is music to his ears.
Answer:
Metaphor