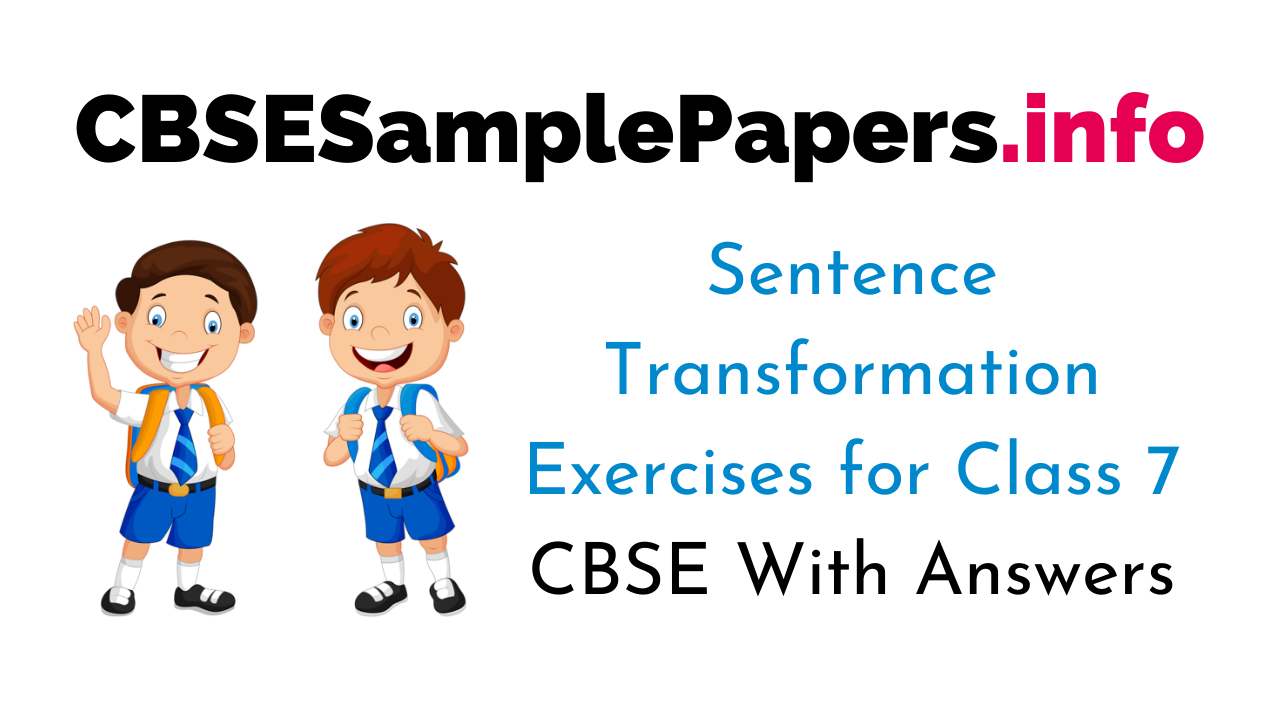 Transformation Of Sentences Exercise With Answers for Class 7 Pdf

1. Librarian’. Why did you not return library books yesterday?
Sudheer: I forgot to bring to them.
Librarian: Don’t bring forget to them tomorrow.

A. Doctor: How do you feel now?
Patient: Slightly better.
Doctor: Did you take the medicines regularly?
Patient: Yes.

B. Ankit: Where are you going?
Atul: To the airport.
Ankit: May I drop you there in my car?
Atul: Thanks a lot. It will be a great help to me.

C. Tanmay: How did you spend your vacations?
Astha: I visited Kashmir with my parents.
Tanmay: Have you been there earlier too?
Astha: No, it was my first trip.

D. Husband: I don’t know. Is there any problem?
Wife: I’ll go to my mother’s place along with the kids.
Husband: Well, I’ll carry my set of house – keys.