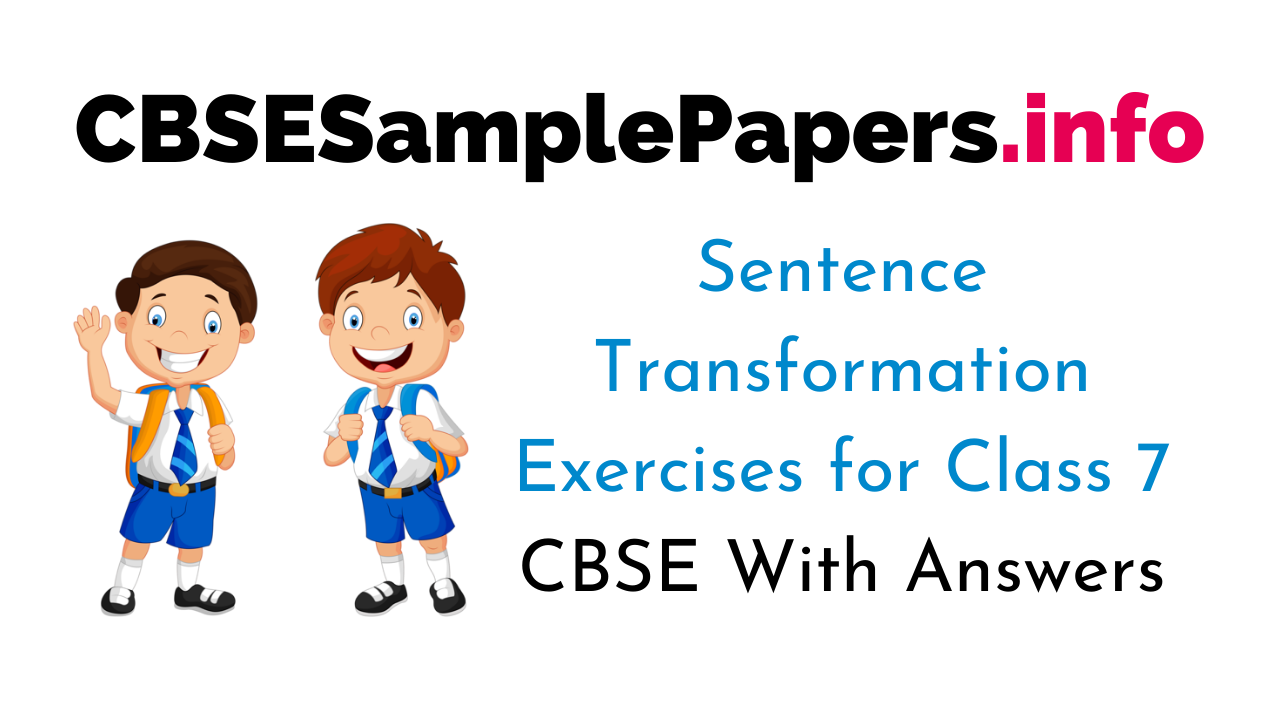 Looking for an easy way to Learning of new elementary english grammar and composition for class 7 answers, Solutions. You have to learn basic English Grammer topics like Tenses Verbs, Nouns, etc… In this article, we will review the best English Grammer Topics and compare them against each other.

According to the meaning:

Rule 4: and (if join two words) → Replaced by → Not only but also.
Examples:
Aff: He was obedient and gentle.
Neg: He was not only obedient but also gentle.

Rule 7: Absolute Superlative degree → Replaced by → No other + attached word + so + positive form + as + subject
Examples:
Aff: Dhaka is the biggest city in Bangladesh.
Neg: No other city is as big as Dhaka in Bangladesh.

Rule 8: Sometimes affirmative sentences are changed into negative by using opposite words. Before the word, off course ‘not’ is used.
Examples:
Aff: I shall remember you.
Neg: I shall not forget you.

Rule 11: As as → Replaced by → Not less than.
Examples:
Aff: Simi was as wise as Rimi.
Neg: Simi was not less wise than Rimi.

Rule 12: Universal truths are changed by making them negative interrogative.
Examples:
Aff: The Sun sets in the west.
Neg: Doesn’t the Sun set in the west?

Rule 15: A few → Replaced by → not many.
Examples:
Aff: Bangladesh has a few scholars.
Neg: Bangladesh doesn’t have many scholars.

Rule 16: Much → Replaced by → A little.
Examples:
Aff: He belongs much money.
Neg: He doesn’t belong a little money.

Rule 17: A little → Replaced by → not much.
Examples:
Aff: Danish has a little skill.
Neg: Danish doesn’t have much skill.

Rule 4: Everybody/everyone/AII → Replaced by →Who + Don’t/ Doesn’t/Didn’t
Examples:
Ass: Everybody wishes to be happy.
Int: Who doesn’t wish to be happy?

Rule 5: Every + noun → Replaced by → Is there any + noun+ Who don’t/doesn’t/didn’t.
Examples:
Ass: Every man wishes to be happy.
Int: Is there any man who doesn’t wish to be happy?

What a pity!
Ass: It is a great pity.

Rule 4: Alas → Replace by → I/we Mourn that/ It is a matter of sorrow or grief that.
Examples:
Alas! He has failed.
Ass: We mourn that he has failed.

Rule 1: Add subject + should in doing assertive.
Examples:
Do the work.
Ass: You should do the work.

Rule 1: If the sentence has superlative degree, we can change it into comparative and positive degree.

To form comparative, use
subject +verb + adjective/adverb (comp, form) + Than any other + rest part To form positive, use-

Rule 3: Simple comparative is transformed into positive by using (not so + adj/adv+as)/ (so+adj/adv+as)if negative. Second noun or pronoun is used first.
Examples:
1. Com: Rina is wiser than Mina.
Pos: Mina is not so wise as Rina.
2. Com: Mina is not wiser than Rina.’
Pos: Rina is as wise as Mina.

Rule 4: No/not less — than is transformed into positive by using as +adj/adv+ as
Examples:
Com: Karim is not less meritorious than Suman.
Pos: Karim is as meritorious as Suman.

A. Rewrite the following sentences according to the instructions given after each, and making other changes that may be necessary. The first one has been done for you.

B. Do as directed. The first one has been done for you.

C. Change the following sentences into negative and question statements. The first one has been done for you.

D. Rewrite the following as exclamatory and interrogative sentences. The first one has been done for you.