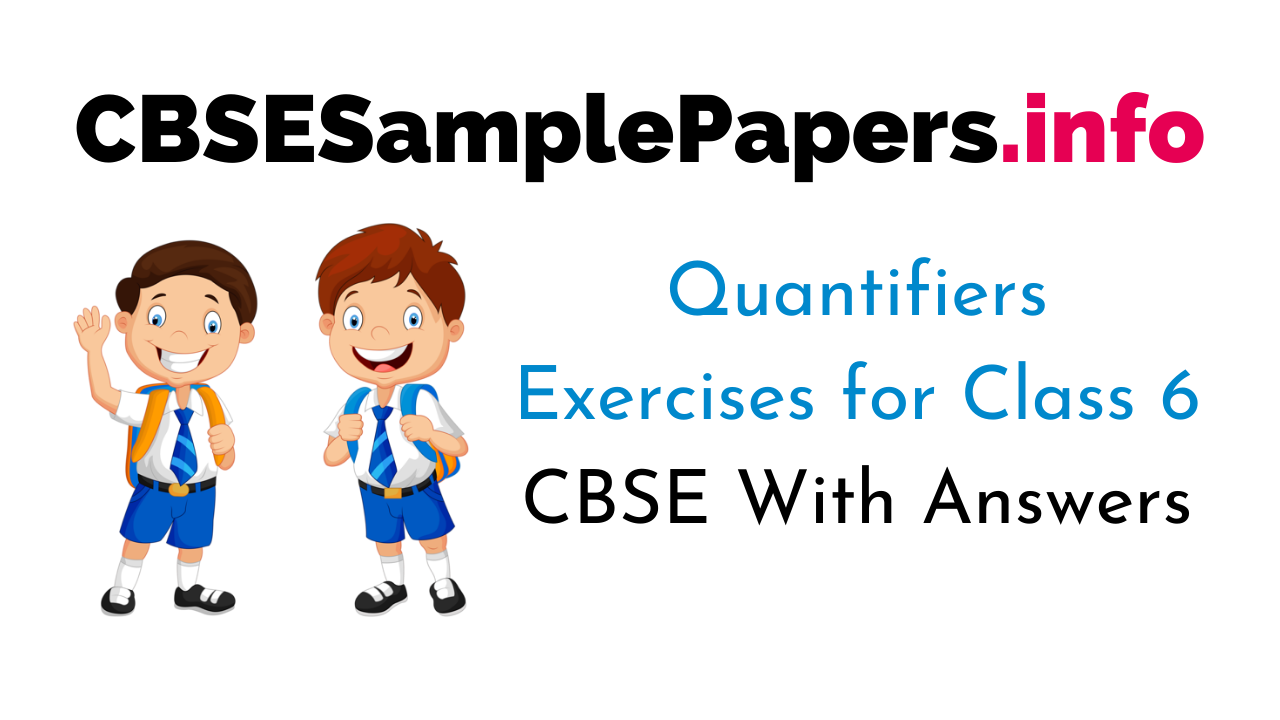 Quantifiers are words used in front of nouns to show number or amount without being specific.

Use of Some and Any
‘Some’ and ‘any’ are used to state the quantity, amount of something. When using ‘some’ or ‘any’, the exact number is not stated. Some and any are quantifiers.

Use some in positive (affirmative) sentences. Some is used for both countable and uncountable nouns.
Examples

ANY: Use any for countable and uncountable nouns in Interrogative sentences.
Examples

Exception:
We use some in questions when offering or requesting something.
Example

The same rules are true for something and anything, someone and anyone, and somewhere and anywhere.

Use of Much and Many
The words much and many mean a lot of.
If a noun is in singular, we use much
Example:

If a noun is in plural, we use many
Example:

In everyday English, we normally use much/many only in questions and negative clauses.
Example:

In positive clauses with so, as or too, we also use much/many.
Example:

In all other positive clauses, however, we prefer expressions like a lot of / lots of.
Example: 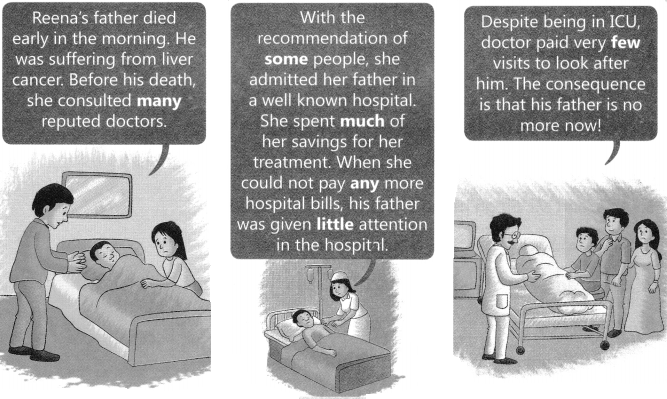 1. Did Reena consult doctors before her father’s death?
2. How did Reena admit her father in a well known hospital?
3. Did Reena’s father die due to hospital negligence? Explain.

B. Fill in the blanks with suitable quantifier.