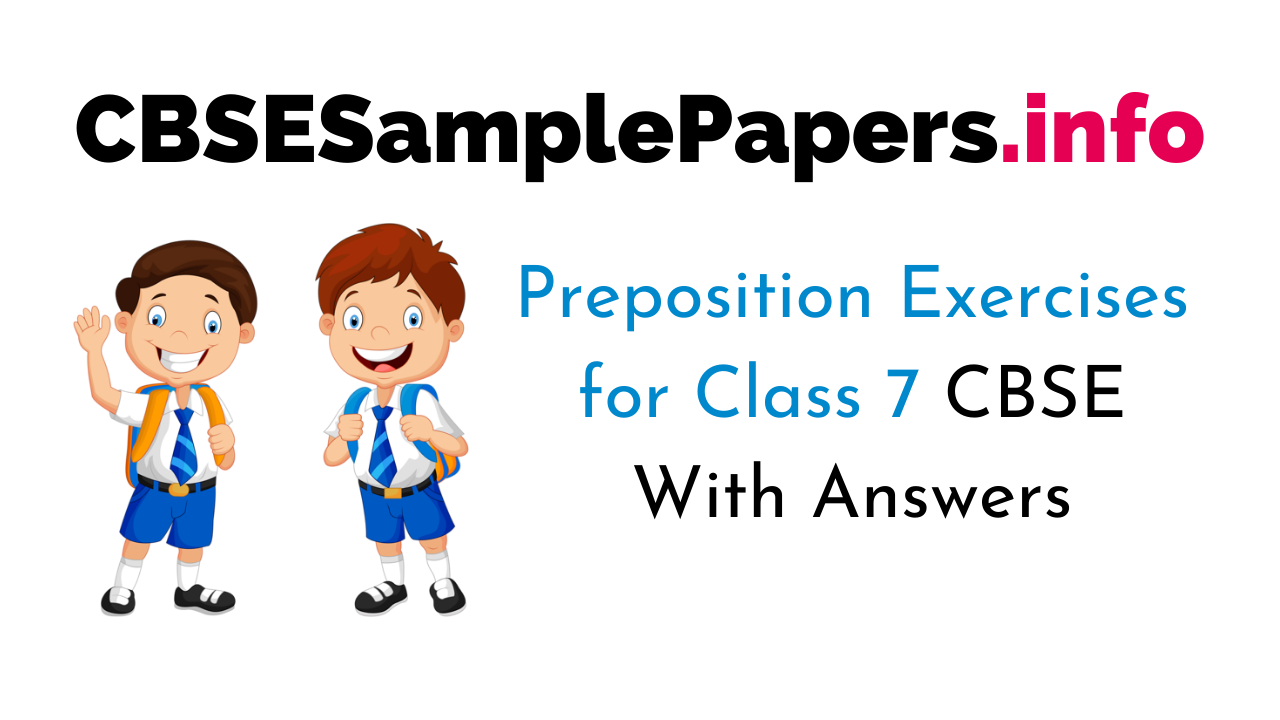 Definition: A preposition is a word placed before a noun or a pronoun to show in what relation the person or thing denoted by it stands in regard to something else.

Usage of Preposition
In most cases, it is easy to decide which preposition to use. The following prepositions, however, need special attention.

Use of At, on, in
At usually denotes a definite point of time but can also be used for indefinite periods:
Examples:

On is used with days and dates:
Examples:

In is used with parts of the day, with months, years, seasons:
Examples:

In is also used with the future tense to show the period in which an action will happen.
Examples:

Use of By
By refers to a point of future time and denotes the latest time at which an action will be over.
Examples:

Use of For
For is used with periods of time to show the duration of an action. It is mostly used with perfect continuous tenses though it may be found with other tenses as well.
Examples:

Use of Since
Since marks the point of time at which an action began. It is used only if the action has continued till the time of speaking; hence it is used with perfect continuous tenses. Unlike ‘for’, ‘since’ can never be omitted.
Examples:

Use of From
From denotes the starting point of an action and is used in all cases except when the action has continued till the moment of speaking. It is almost invariably used with to or till.
Examples:

Use of At, in
At gives us the idea of an exact point and is, therefore, used with houses, villages, small towns.
In has the idea of a larger area and is used while speaking of bigger towns, states, countries, etc.
Examples:

Use of On, Upon
On is used while speaking of things at rest; Upon is used with things in motion.
Examples:

Use of Above, Over
Both above and over mean higher than. Sometimes we can use either of them.
Examples:

But over can also mean covering, or vertically above.
Examples:

Use of Below, under
Both below and under mean beneath and sometimes we can use either of them. But under meAnswer: vertically below. It also has the idea of contact.
Examples:

Use of Into
Into denotes movement towards the interior of something.
Examples:

Figuratively:
We have entered into an agreement to export handicrafts to some European countries.

Use of For
For is used to tell direction when the verb shows the beginning of a movement. The children leaves for the school at 7 a.m.
We shall soon set off for Mumbai.

Use of Against
Against shows pressure or contact.
Examples:

Use of From
From is used with the point of departure.
Examples:

Use Out Of
Out of is the opposite of into. It means from the interior of. He took a few books out of the almirah. 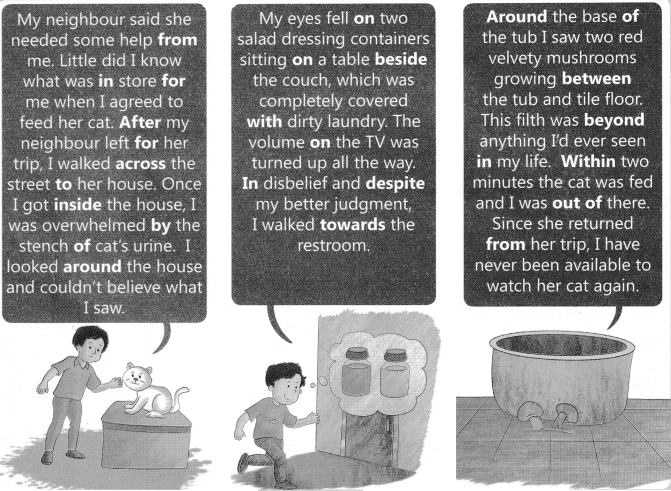 1. What happened to the narrator once he got inside the house?
2. Where did the narrator’s eyes fall on?
3. What did narrator see in the restroom?

A. Fill in the blanks with correct prepositions.

B. Fill in the blanks with appropriate prepositions. Choose your answers from the options given in the brackets.

D. Rewrite the sentences by adding prepositions wherever required. The first one has been done for you.

E. Edit the following sentences and put the write preposition at its place.