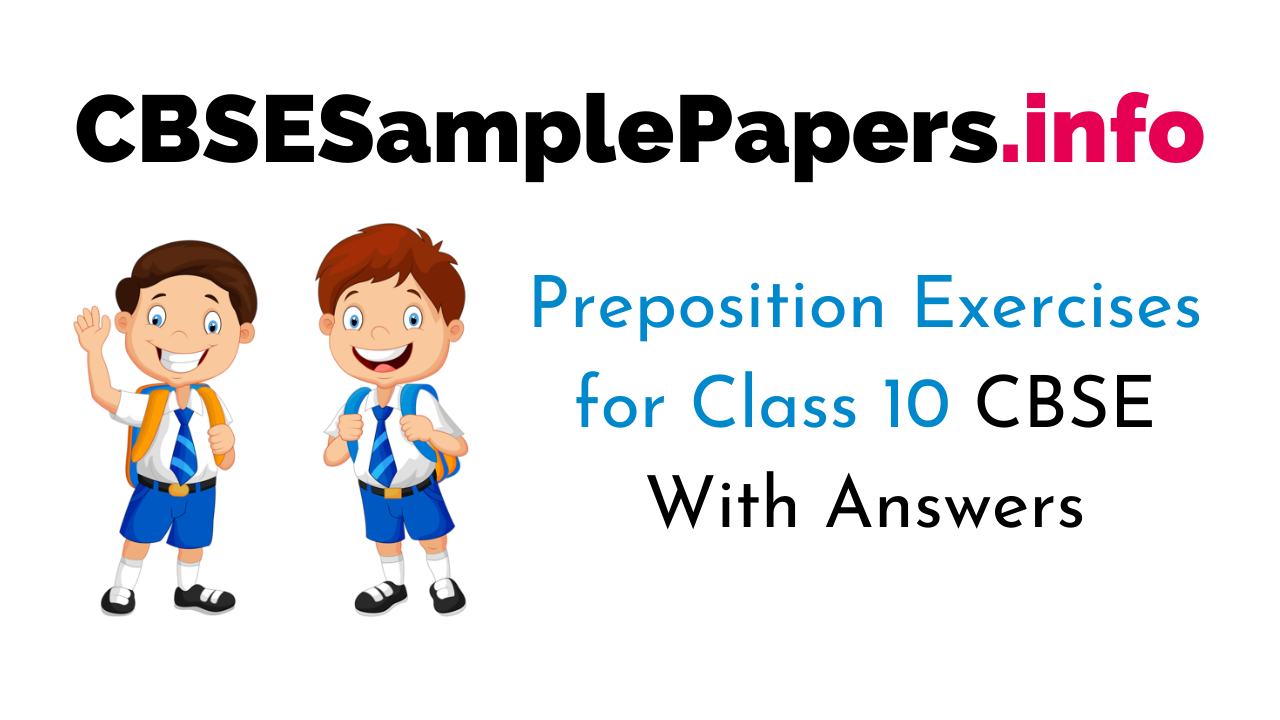 Preposition Definition: A preposition is a word placed before a noun or a pronoun to show in what relation the person or thing denoted by it stands in regard to something else.

Preposition Definition and Examples
A Preposition is a word which is placed before a Noun (or a Pronoun) to show the relation in which the person or thing denoted by the Noun stands to something else.
Examples:

Preposition Notes for Class 10: The Noun or Pronoun which follows a preposition is said to be governed by it, and is in the objective case. In the given sentences, on, in, above and with are prepositions.

Compound Prepositions List
About, above, across, along, amidst, among, around, before, behind, below, beneath, beside, between, beyond, inside, outside, underneath, within, without