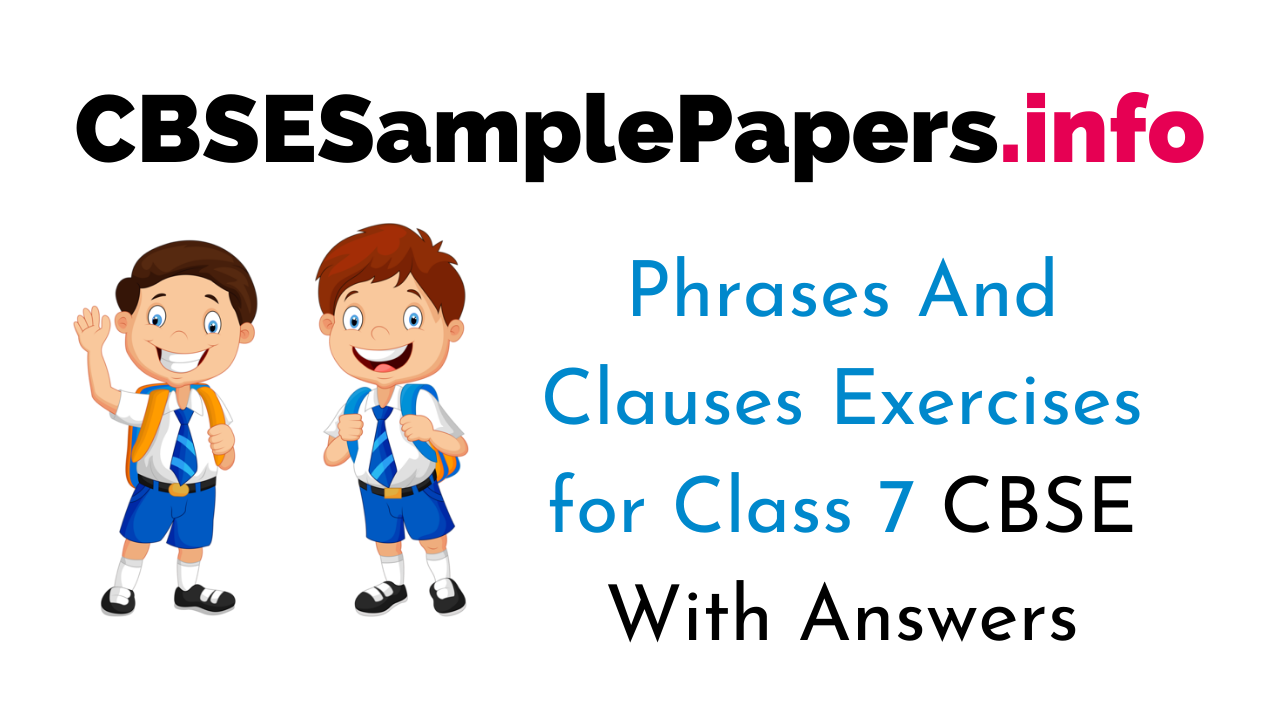 Phrases And Clauses Exercises With Answers for Class 7 CBSE Pdf

A phrase is a group of words that makes sense but not complete sense.
Examples:

These examples are sentences that make complete sense. The words in italics are phrases. They make partial sense. A phrase can act as a noun, an adjective, an adverb and so on.

A clause is defined as a part of a sentence which contains a subject and a predicate (verb).
Examples:

Look at the following Examples:
The underlined part of each of following sentences shows a clause, while the rest (non-underlined part) of each sentence shows a phrase.
1. Harish reached the station in time.
2. Sarita was sitting in a corner.
3. He is singing in a melodious voice.
4. My mother made coffee for the guests.
5. She bought an interesting story book for his sister.

The above sentence has two clauses “Turn off the lights” and “when not in use”.
a) Main clauses: The clause “Turn off the lights” expresses a complete thought and can stand alone as a sentence. Such a clause is called main or independent clause.
b) Subordinate clauses: While the clause “when not in use” does not express a complete thought and can’t stand as a sentence. It depends on another clause (main clause) to express a complete idea. Such a clause is called subordinate or dependent clause.

A. Complete the given sentences by putting the words, phrases and clauses given in brackets, in the right order. The first one has been done for you.

B. Identify the highlighted parts of the sentences. Write P for a phrase, IC for independent clause, or DC for dependent or subordinate clause. The first one has been done for you.