English grammar has hundred of thousands of words. Everyone can be placed into at least one of eight groups or classifications. The system of classifying words based on their function is known as parts of speech. Noun, pronoun, verb, adjective, adverb, preposition, conjunction, interjection are the eight parts of speech.

A Noun is a word used as the name of a person, place, or thing.
Examples:

Ashoka was a great king.
The rose smells sweet.
The sun shines bright.
I sit on the chair.
This is my pen.
India is a vast country.
Mount Everest is the highest peak.
Ramesh is my brother.
I always speak the truth.
Honesty is the best policy.

All the words in italics are nouns.
The definition of noun includes:
(a)    all objects that we can see, hear, taste, touch or smell.
(b)    something that we can think of, but cannot perceive by the senses.

A Pronoun is a word, which is used instead of or in place of a noun. ‘
Examples:

Rita did not come as she was unwell.
The books are where you left them.
Umesh failed because he was careless.
The dress is on the table where I put it.
This is the cow, which gives us milk.

All the words in italics are pronouns.

An Adjective is a word used to add something to the meaning of a noun or a pronoun.
Examples:

Yuvraj is a brave boy.
My uncle gave me an expensive gift.
Reena is a good girl.
India is a great country.
Partho is an intelligent student.
She is poor but happy.

All the words in italics are adjectives.

A Verb is a word used to express an action, performance or state.
Examples:

I bought a new book yesterday.
Nikhil goes to school daily.
Mumbai is a big city.
The sun rises in the east.
I saw an elephant yesterday.

All the words in italics are verbs.

An Adverb is a word used to add something to the meaning of a verb, an adjective or another adverb.
Examples:

He is a very good student.
She plays well.
He worked the sum quickly.
Surely you are mistaken.
Cut it lengthwise.

All the words in italics are adverbs.

The Preposition is a word or group of words used with a noun or pronoun to show how the person or thing denoted by the noun or pronoun stands in relation to something else.

I had gone to Mumbai.
The book is on the table.
The cow sits under a tree.
He is fond of tea.
The boy ran across the road.

All the words in italics are prepositions.

A Conjunction is a word which joins two words, sentences or clauses.
Examples:

Partho and Sharan came to our house.
Mohan is poor but honest.
She must weep or she will go mad.
Either take it or leave it.
It is neither useful nor ornamental.

All the words in italics are conjunctions.

An Interjection is a word which expresses some sentiment or sudden feeling.
Examples:

Hurrah! we have won the match.
Alas! my uncle is dead.
Oh! it is you.
Bravo! you have done well.

All the words in italics are interjections. 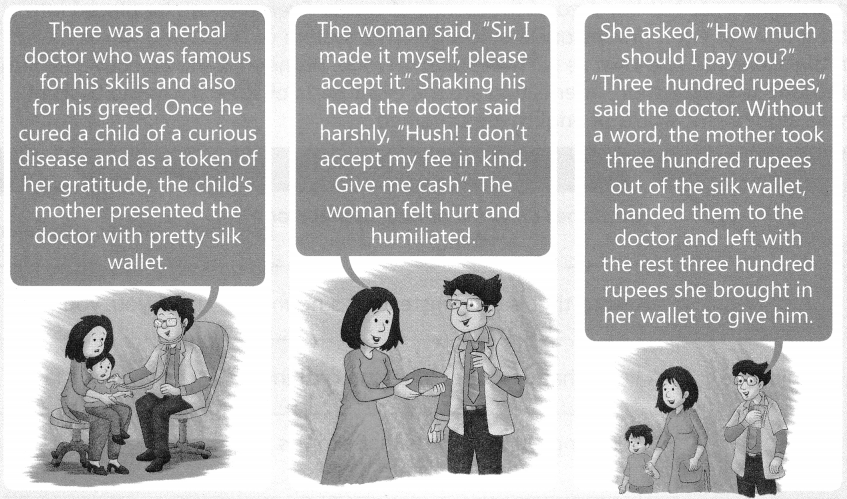 A. Choose the correct option to describe the part of speech in bold in the sentence.
1. They each found the books they wanted to buy.
a) noun ()
b) verb ()
c) pronoun ()
d) adjective ()

2. She quickly completed her experiment. 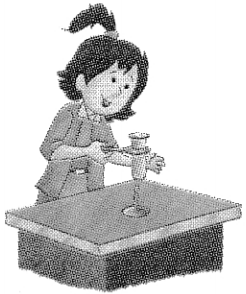 3. Nitin solved the equation on paper. 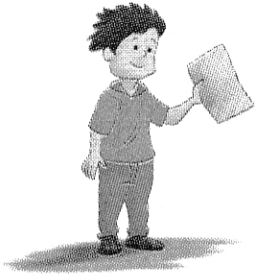 4. Rohit works best in his office. 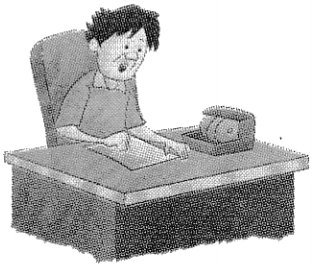 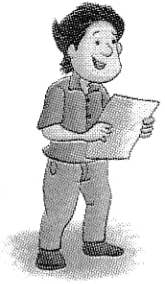 6. Ditya is practicing for her concert tomorrow. 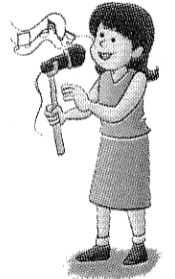 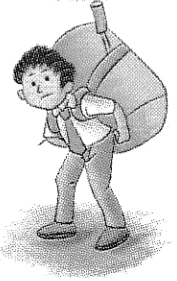 B. Write whether the word in bold works as a verb or a noun in the sentence.

1. Julie and Mohit work at the radio station. 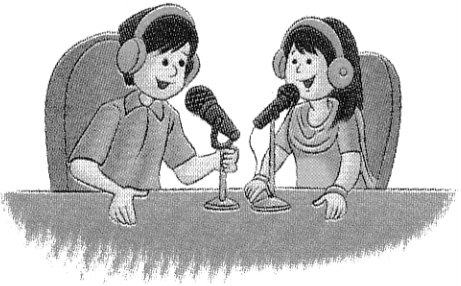 2. Can you please go over there? 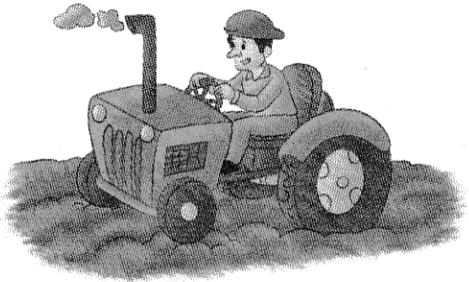 3. Those fancy clothes really suit him. 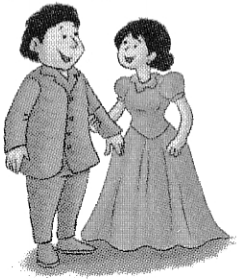 4. We heard a loud cry of happiness when the graduation ceremony ended. 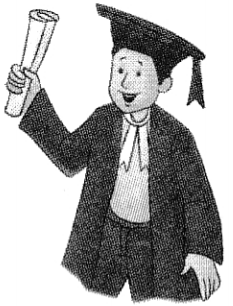 5. Mr. Tandon will do more work after lunch. 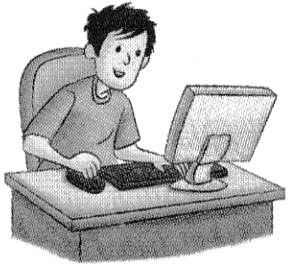 6. We are playing hide and seek. Is it my turn to search or to hide? 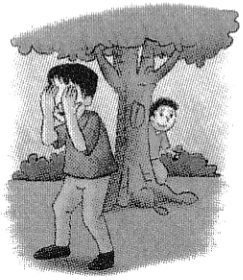 7. Radhika made a big jump into the pile of leaves. 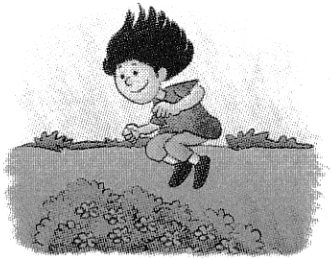 8. Follow me. I will show you to your table. 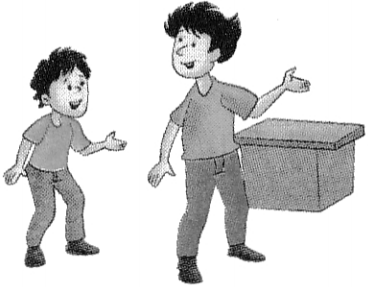 9. We must pack all the toys before we send them to the customers. 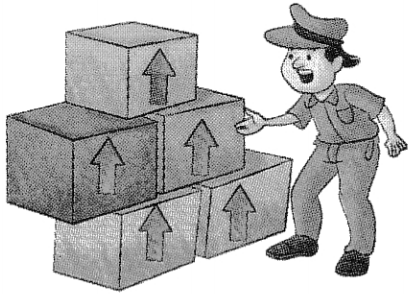 10. He is looking at a point in the distance. 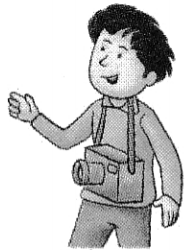 1. Gautam is running his pajamas. 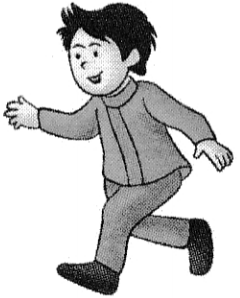 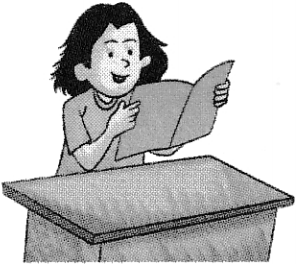 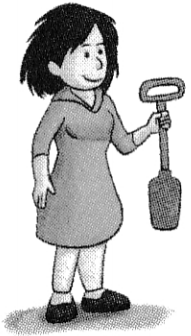 4. She is the tennis player on her team. 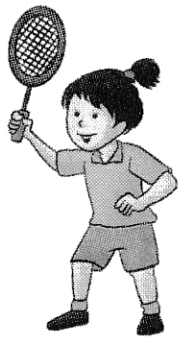 5. She knows a lot cutting hair. 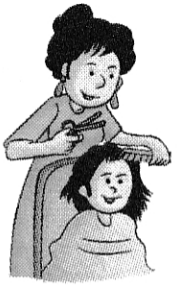 6. Her scooter is new, she really likes it. 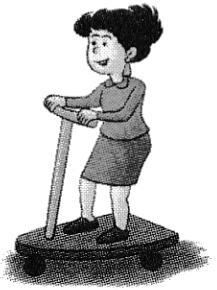 7. Mohit is going to history class. 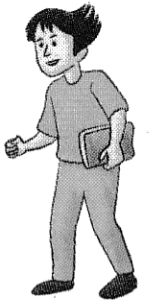 8. He does not really like the tie I gave him. 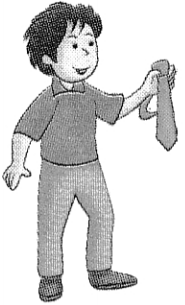 9. Will you work in your garden? 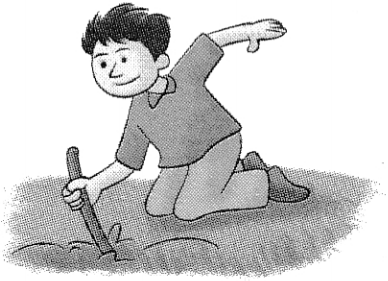 10. Riding a motorcycle can be dangerous, he always wears a helmet. 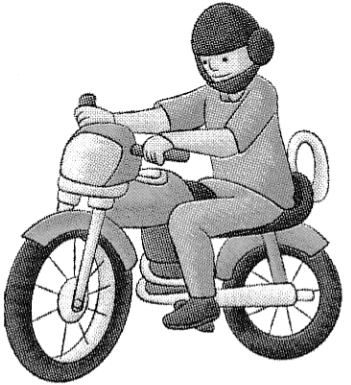 D. Look at the word in bold. Which part of speech is it?