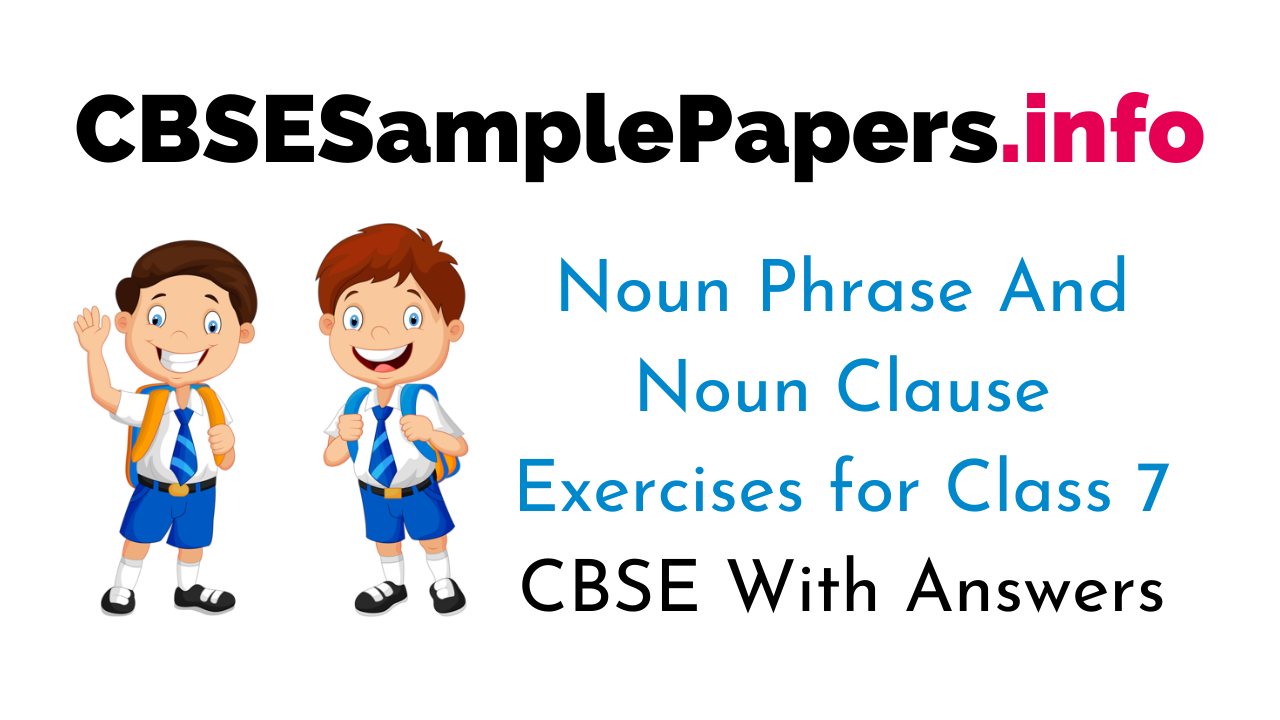 “Main (or independent) clause is a clause that expresses a complete thought and , can stand as a sentence. But subordinate (or dependent) clauses cannot stand by themselves and are further divided into three types,

Noun Clause:
The clause that tells you what someone says or does. It can also be the object of a verb.
A noun clause is a dependent clause that acts as a noun. To identify the noun clause in a sentence, we can ask the question ‘What’ after the verb. Noun clauses begin with words such as how, that, what, whatever, when, where, whether, which, whichever, who, whoever, whom, whomever, and why.
Noun clauses can act as subjects, direct objects, indirect objects.

Noun clauses as a subject:
Examples

Focus:
A noun clause can be a complement after a ‘be’ verb.
E.g.

A noun clause may sometimes be placed first in a sentence for emphasis.
E.g. 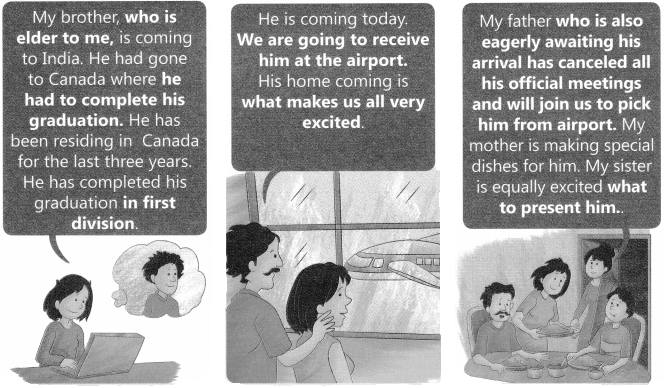 A. Underline the noun phrases in the following sentences.
1. He wished to talk to his manager.
2. The wicked man loves getting poor people into trouble,
3. The poor man wanted to pay back every penny he owed.
4. He hates to punish his children.
5. Horses prefer living in dark stables.
6. I will never do such a thing.
7. Have you ever tried to climb a tree?
8. He refused to answer my question.
9. He promised to get me something.
10. Why do you want to meet him?

B. In each of the following sentences replace the words in italics by suitable noun clauses.

D. Complete the following sentences by adding suitable noun clauses. The first one has been done for you.