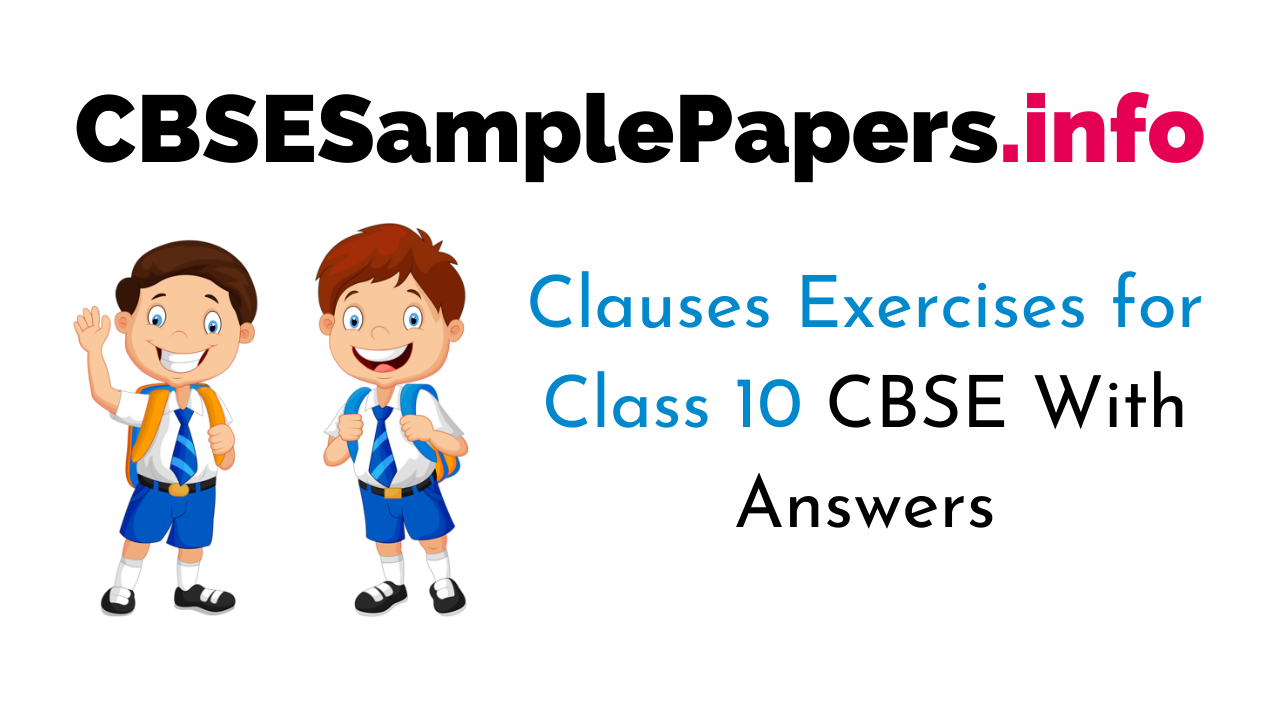 A clause is a group of words that has a subject and a predicate. It contains a verb and sometimes other components too. So, how do we distinguish what is a clause and how exactly is it different from a phrase?

A clause is a collection of words that contains a subject and a predicate of its own. A clause has a meaning of its own and forms a part of a larger sentence.
Examples:

There are two kinds of clauses, subordinate clause and main clause. 1 A main clause can stand alone to make a sentence by itself.
Example:

A subordinate clause also contains a subject and a predicate of its own, but it must be attached to another clause within a larger sentence.
Example:

Kinds Of Clauses Worksheet Pdf
A subordinate (dependent) clause may function as a noun, an adjective or an adverb in a sentence.

Noun Clause Examples
A noun clause works like a noun in a sentence. A noun clause starts with words that, what, whatever, who, whom, whoever, whomever.
Examples:

Adjective Clause Definition
An adjective clause works like an adjective in a sentence and modifies (describes) a noun or a pronoun.

The adjective clause begins with the relative pronoun that, who, whom, whose, which or whose and is also a relative clause.
Adjective Clause Example:

The subordinating conjunctions used for adverb clauses are as follows: