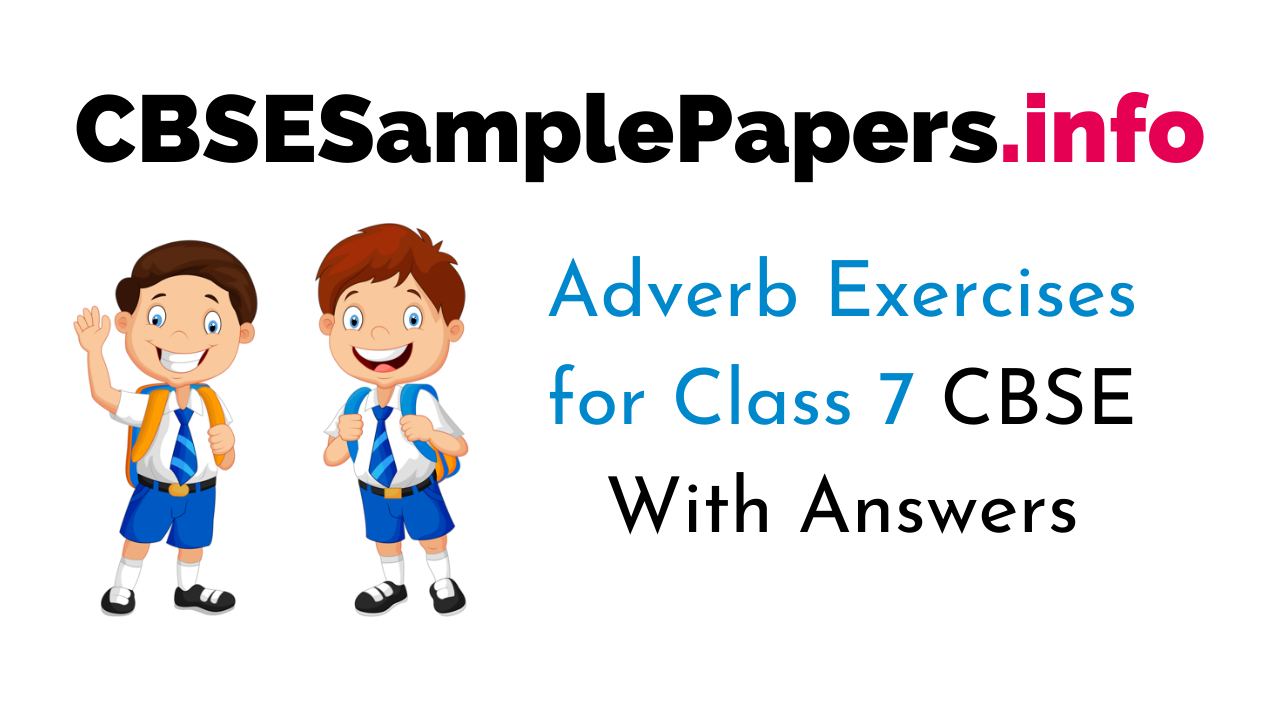 An adverb is a word or phrase that modifies the meaning of a verb, an adjective or another adverb. Adverbs generally give information about the manner, place, time, frequency, degree, and reason of the action.

An adverb is a word or phrase which modifies a verb, an adjective or another adverb.

Adverbs are the words that show how an action is done. They are often called Adverbs. Many adverbs end in-ly.
Look at the Examples:

An adverb is generally placed after the verb it describes. Sometimes, an adverb can also be placed away from the verb.

Adverb of Place: Adverbs of place illustrate where the verb is happening. It’s usually placed after the main verb or object, or at the end of the sentence.

Examples of adverbs of place: here, there, nowhere, everywhere, out, in, above, below, inside, outside, into

Adverb of Time: An Adverb of time provides more information about when a verb takes place. Adverbs of time are usually placed at the beginning or end of a sentence. When it is of particular importance to express the moment something happened we’ll put it at the start of a sentence.

Adverbs of Frequency: Adverbs of frequency explain how often a verb occurs. They’re often placed directly before the main verb of a sentence.

Adverbs of Degree: Adverbs of degree explain the level of intensity of a verb, adjective, or even another adverb.
Examples of adverbs of degree: almost, quite, nearly, too, enough, just, hardly, simply, so

Kinds Of Adverbs Exercises With Answers for Class 7 CBSE

A. Fill in the blanks with suitable adverbs.

B. Use the suitable adverb from the box to fill in each blank.

below, down, further, under, underneath

C. Use suitable adverbs to complete the sentences. Choose from the box.

D. Place the adverb in bracket in the correct position in the following sentences.
Examples: