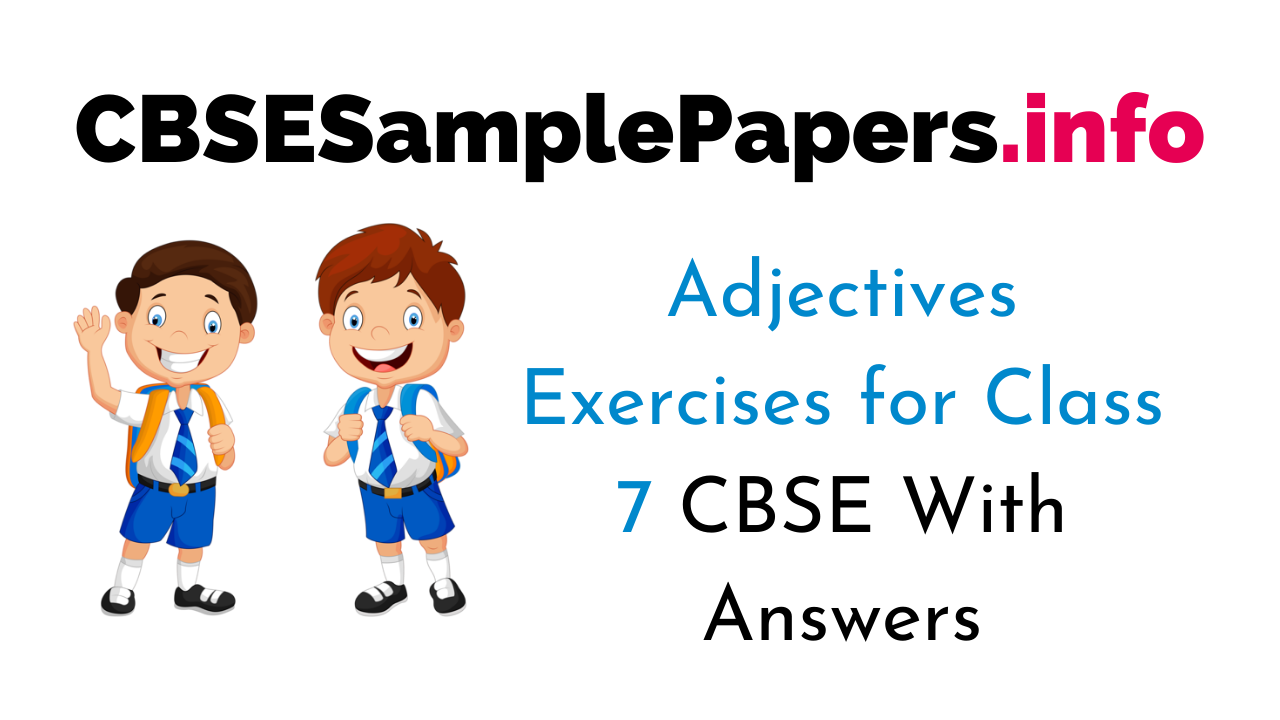 Exercise On Adjectives for Class 7 CBSE With Answers Pdf

Adjective of quantity describes the amount or quantity of something without knowing its exact number. Some, any, much, many, lots of, plenty of, a few, a little, all, few are adjectives of quantity.
Examples:

Adjective of number tells how many people, places, animals or things are there.
For Examples:

Interrogative Adjectives are used to ask questions about a noun or in relation to a noun such as what, which, whose, how, why, etc.
For Examples:

Order of Adjectives: Sometimes several adjectives are used to describe a noun or a pronoun. When you use two or more adjectives, the usual order is: size, quality, colour, origin, substance.
Examples:

Adjective of substance comes after the adjective of colour.
For Examples:

Forms Of Adjectives:
Adjectives have three forms. Positive, Comparative and Superlative When we want to describe someone or something without comparing them with anyone or anything, then it is called Positive or Base form of adjective.

Some adjectives change their forms completely when they are comparative and superlative. These are called Irregular degrees of comparison.

A. Use the correct word from the brackets to complete each sentence.

B. Choose the appropriate word from the brackets to complete the sentence.

C. Put the adjectives in brackets in the correct order.