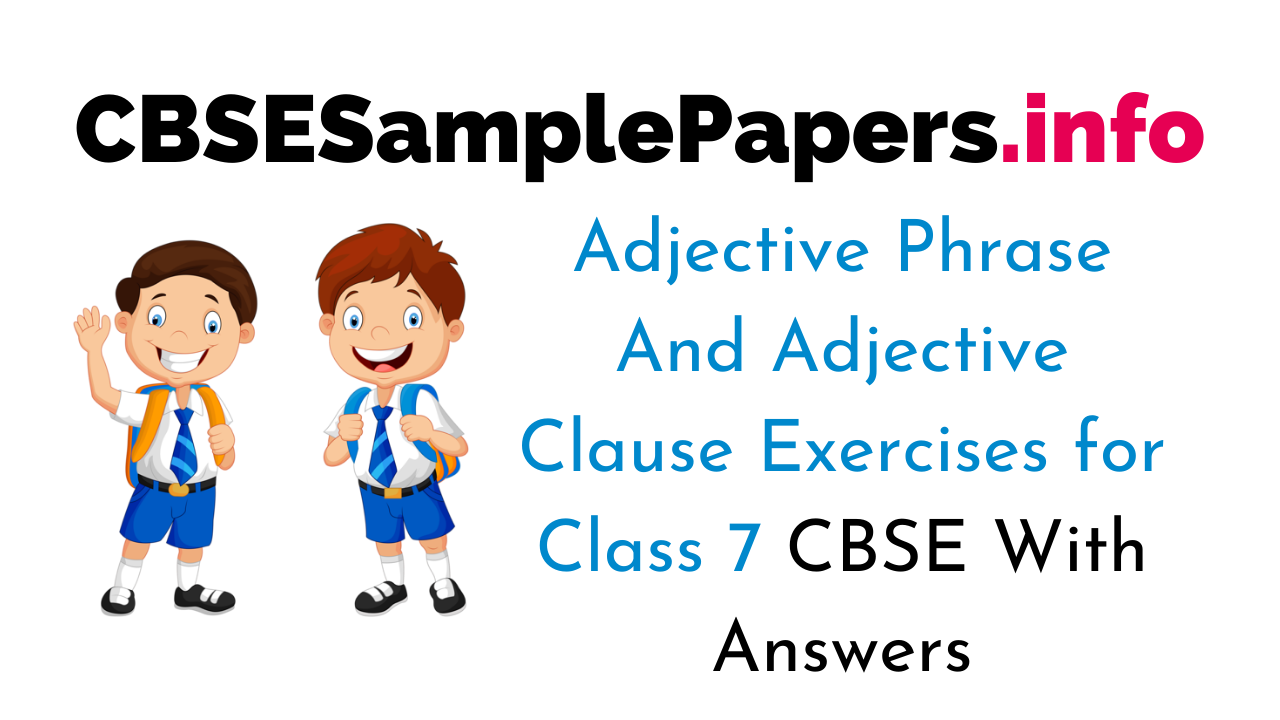 Adjectives can be rewritten as adjective phrases, as shown below:
Examples: 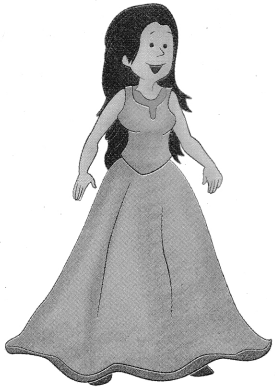 The clause ‘which looks Pretty’ in above sentence is an adjective clause because it modifies the noun ‘dress’ in the sentence.

An adjective clause always precedes the noun it modifies.
Examples:

Note: Adjective clause begins with a relative pronoun (that, who, whom, whose, which, or whose) and is also a relative clause. 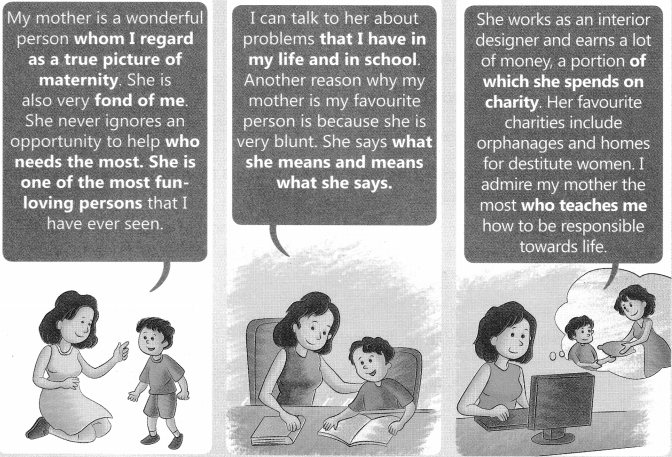 A. Underline the adjective phrases in the following sentences.

1. Have you ever seen an elephant with white skin?
2. He was wearing a crown made of gold.
3. There I met a girl with blue eyes.
4. Wild beasts in small cages are a sorry sight.
5. A man with a long beard came to see me.
6. We visited many villages without any inhabitants.
7. A friend in need is a friend indeed.
8. A bird in the hand is worth two in the bush.
9. He was a young man of great promise.
10. In a low voice, he narrated the tale of his adventures.

B. In each of the following sentences replace the adjective in bold letters by an adjective phrase of the same meaning.

C. Underline the adjective clause in each sentence below.
Examples:

1. Which person do you think will be able to complete the work?
2. The woman who lives next door, brought us some cookies.
3. There is a condo that I’d like to purchase.
4. Delhi City is where I wish to live.
5. That cat that you found belongs to our neighbour.
6. The man who wore the hat was guilty.
7. Sanjeev, whose friends were from out of town, had a great time.
8. Summer, which is my favourite season, is usually hot.
9. English, which is my favourite subject, has a lot of good stories.
10. Los Angeles, is the city where I was born.

D. Combine each of the following pairs of sentences with an adjective clause.