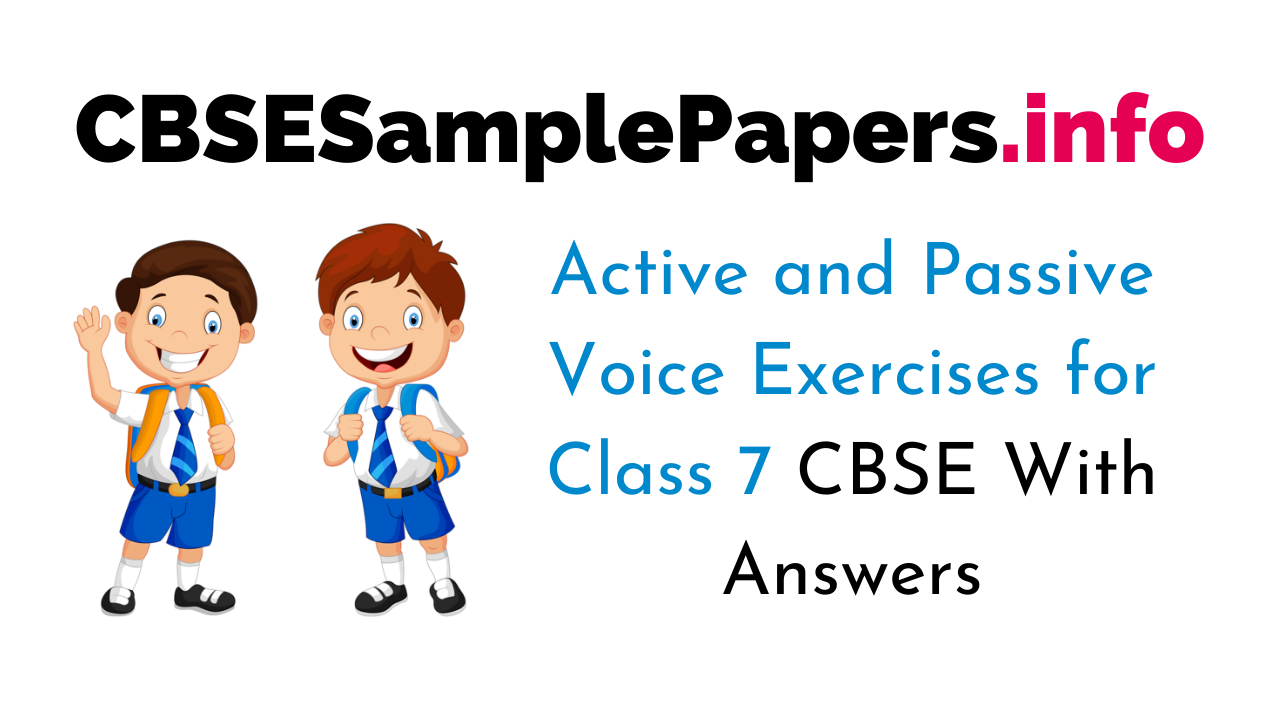 When to use Active Voice:
When focus is on an agent, the sentence is used in active mode.

The form of verb which tells whether the subject (person or object) of a sentence do something or something has been done to the subject is called voice.

Passive Voice: A verb is in the Passive Voice when the subject is being acted upon or when the emphasis is on the object or the work done.
Examples:

The sentence must have objects. If there is no object then there must be a questioning statement which of the asks the object. Object active sentence becomes the subject of passive sentence. The word ‘by’ is used before the subject in sentences in passive voice. 3rd form of Verb is always used as the main verb in sentences of passive voice for all tenses. The places of subject and object are interchanged i.e. the object shifts to the place of subject and subject shifts to the place of object in the passive voice.

Auxiliary verbs are used in passive voice according to the tenses.

Change Of Pronouns In Active And Passive Voice


Active and Passive voice in the simple present tense.

Active and Passive voice in simple past tense.

Active and Passive voice in the present perfect tense.

Active and Passive voice in past perfect tense.

A. Change the following sentences into Passive Voice.

B. Rewrite the following sentences, in Passive Voice.

D. Complete the sentences using one of these verbs in the correct form. The first one has been done for you.
caused – hold – invite – overtake – translate
damage – include – make – show – write

E. Complete the following passage with suitable correct passive form of the verb given in brackets.