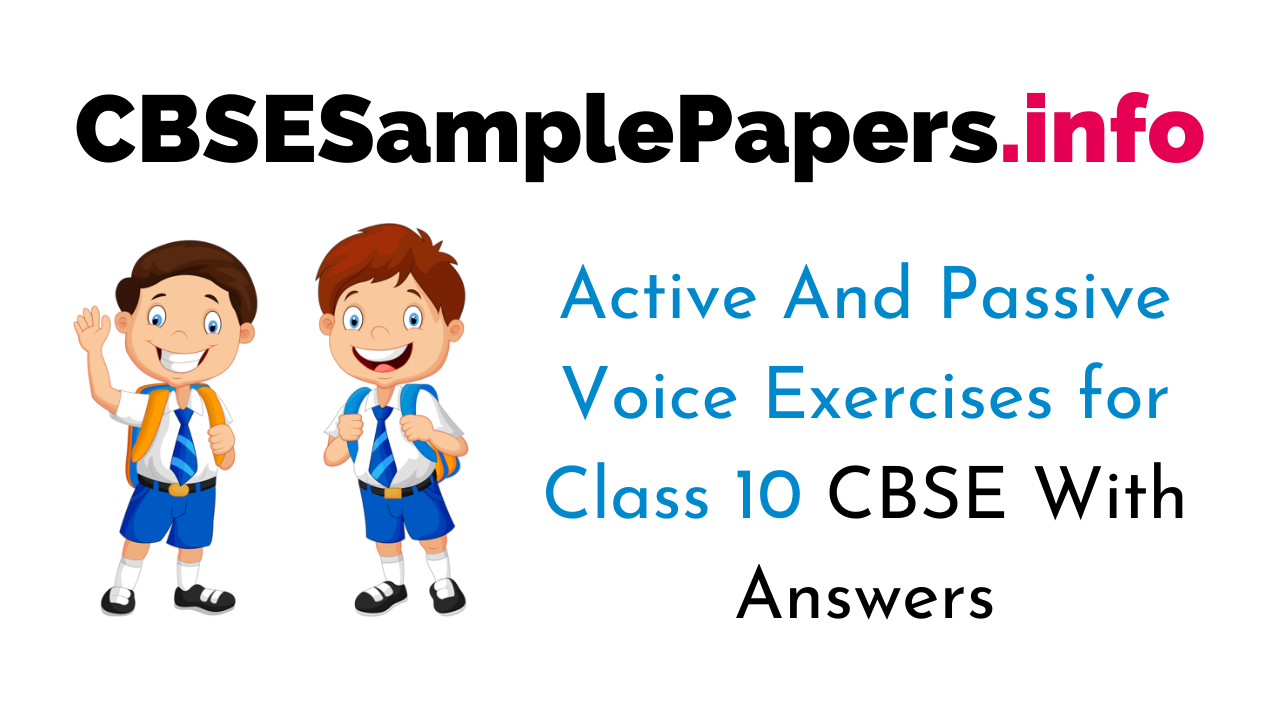 Look at these sentences:
Examples:

Meaning is the same in both the sentences but in the first sentence, the subject is the doer, he is doing something, hence the subject is active and the verb is in the Active Voice. We use active voice to say what the subject does.

Verb in the Active Voice always takes an object after it.

Passive: A verb in the passive takes the object or person affected by the action as its subject. Passive verbs are formed by placing a form of the helping verb ‘be’ in front of the past participle. When we use the passive, who or what causes the action is often ignored or considered unimportant. When we want to say who caused the action we use ‘by’, as is given in the third sentence of the passive.

i.e. the third form of the verb. We use passive voice to say what happens to the subject.
Examples:

‘be’ verb +III form of the verb = Passive Construction (Past participle)

Forms of passive
The passive voice is not a tense itself. But for transitive verbs, each tense, as well as other verb forms such as infinitives and participles, can be produced in the passive voice. Some of the more complicated tenses (mostly perfect continuous) are rarely used in the passive, but they are possible.

Here are some examples of passive voice with many of the possible forms using the verb sing:

Active and Passive Examples
The table below shows examples of sentences in active and passive voice for the basic tenses as well as various other verb forms, including infinitives and participles.

To make passive voice, we use the following rules.

1. Change the object into the subject. If as an object, we have a pronoun than we convert it as follows:

2. Change the subject into an object. And use ‘by’ before the object. If as a subject, we have a pronoun of nominative then we convert it as follows:

A. Fill in the blanks using the most suitable passive form of the verbs given in brackets. The first one has been done for you.

B. Change the following sentences into Active Voice. The first one has been done for you.

C. Change the Voice in the following sentences. The first one has been done for you.